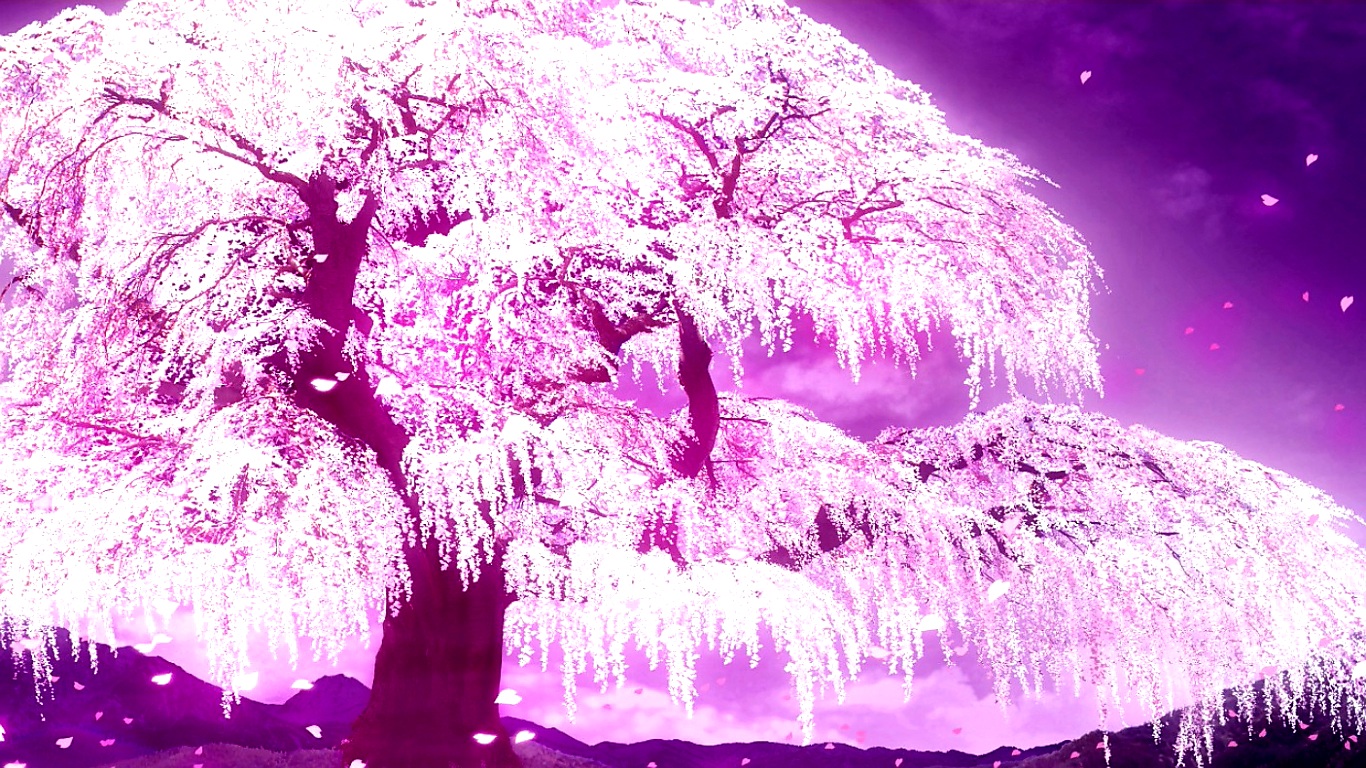 First discovered deep in an unknown forest in the Old Empire when villagers noticed a strange pink glow from a small sapling the villagers took it as a sign that the Gods were pleased with them and took it upon themselves to protect the sapling. As stories of the tree spread far and wide attracting hundreds of people to the village. Because of the influx of visitors the village became a town. However one spring there wasn't a lunar eclipse, the trees leaves didn't change color nor glow. It was then that people learned the leaves only change during a lunar eclipse that occurs during the months of spring. Which was to be confirned when the leaves changed the following year, though the glow was more intense than usual. During the years that followed more saplings of the tree began to grow and were spread out to other villages across the empire. With Travellers buying saplings the tree eventually was found world wide in every province.

No one knew why the trees only bloomed during a lunar eclipse that occurs during spring. It wasn't until a priest discovered that the tree doesn't function the same way as a natural tree. The priest discovered that after a bloom the Myst energy in the area intensifies. For two years the priest studied the tree before coming to a stunning revelation. The tree steadily absorbs the Myst and purifies it. Then during a spring eclipse the energy stored in the tree becomes its purest causing the leaves to go from green to intense shades of pinks (some leaves even changing to purples). As the leaves change the pure Myst energy is released back into the surrounding environment. It is not clear why the blooms only take place during a spring lunar eclipse.