Faction Wardens of the Veil 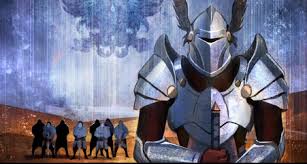 Location(s): Vigilance, Fortress located in the mountains between Lakonia and Dawn's Wall
Affiliation: Neutral, Dale
Beliefs: To protect the rest of the world from the rise of the Myst Spawn
Code (if any):

Conviction in Cause
Triumph in War
Resignation in Death

Colors and/or logo:
Blue and Silver, commanders have armor trimmed in gold. Gryphons. 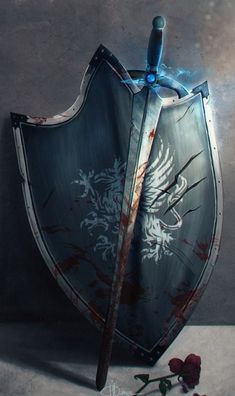 History:
Having been formed after the the loss of Kriege, the first members of the Order responded to reports of undead beyond the Hollow Hills. Of the twenty warriors sent to inspect it, only five would return. Seven were transformed by the Mysts upon entering the Hills and they would cut down or injure the remainder. Forced to retreat, Commander Garahel, along with Stroud and Stryfe, would abandon their dead, only to one day fight them again.

Of the five that had returned, one had been bitten. Thinking nothing of it, they let him rest with others in the medical ward. That night, the injured warrior would turn into a Myst Spawn and wreak havoc on the village of Twilnor, where they were camped. In one night, Twilnor was lost and abandoned, all but erased from memory.

The survivors from the attack would head farther south to the port town of Varishan, to aid in an evacuation. The second regiment of the Second Sons, led by Sergeant Taldorak, would rejoin Garahel's survivors. Over the course of the evacuation, the beasts from Twilnor would engage the reinforced Sons. In the brutal battle, many beasts and Sons were slain.

Finding refuge for the survivors in the mountains, the Second Sons would regroup at the old fortress of Vigilance. Days would pass, then the weeks would drift to a handful of months before the survivors of Varishan were attacked once more. The newly formed Wardens, would ride out from their keep to meet their tainted foe in battle, leading to a crushing victory for the Wardens that forced their foe back into the tunnels. Dubbed Protectors of Varishan, they aided the city in it's move further west.

With the Myst Spawn in retreat, the Wardens would send out a cry for the willing to join them, and it would be answered. As luck would have it, several Orders operate in the same mountains, unified only in their desire to hold the darkness at bay.

Though many fear the Wardens to be simply, madmen, their prowess with the blade or magik is near legendary as they only take the best. Their hidden connection to the Watch gives them a solid pool to pull recruits from.

Believing themselves to be heralds of a higher calling, these zealous warriors or mages wade into battle with their arch foes, the Myst Spawn with uncanny contempt. They have even been known to raid into the Deadlands to attack Blightmen. Years of study has garnered them the knowledge, however, that the Blightmen and the Myst Spawn are similar but very different. And though they cannot discern where their rivals are entrenched, they have their suspicions. It was the second generation of Wardens that discovered that by drinking the blood of the Myst Spawn, they could hear their thoughts, allowing them to track them and hunt them. What they didn't account for was that many die during this process and that eventually the taint of the Blood drives them mad. Between the Joining and the madness, those are two of the Orders greatest secrets.

In the days since, they fear that the Myst Spawn are preparing to emerge from their hidey holes and cover the world in their shadow. 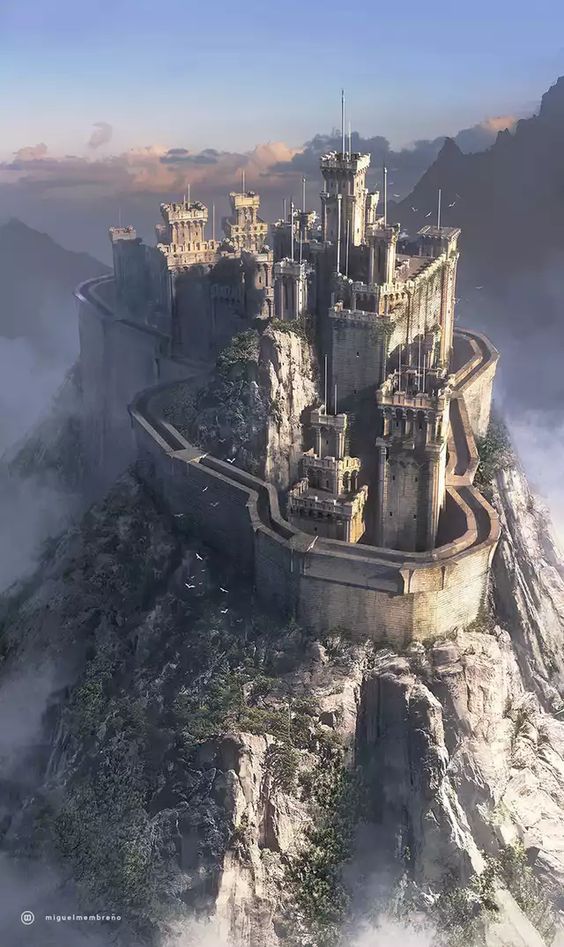 The Fortress, Vigilance is an ancient fortress built sometime during the early years of the Empire. It had been placed in the mountains as it protected one of the only paths through the mountain range. In its long history, the only force to defeat it, was age. And with all that time, came peace and where an old fortress like this became an easy place to abandon.

In the time since, Garahel has held the rights to the keep for the last forty years and over the last two, the keep is legally and officially, the home of the Wardens.

With a half dozen trebuchets, two dozen ballistae, and various other points that are easily defensible, during an attack.

New Varishan- There is a garrison of 20 Wardens stationed in New Varishan under Warden Commander Kastian.

​
OOC Notes:
*Since the Order is still young, the madness that accompanies the drinking of the blood has yet to be seen.
*The underground network that the Myst Spawn inhabit stretches to the eastern side of the continent near the Lantherni Wilds.
*For the Joining, you can either auto-succeed with some discomfort, or roll for a possible death (thresh of 12 on D20)
Last edited: Sep 7, 2021