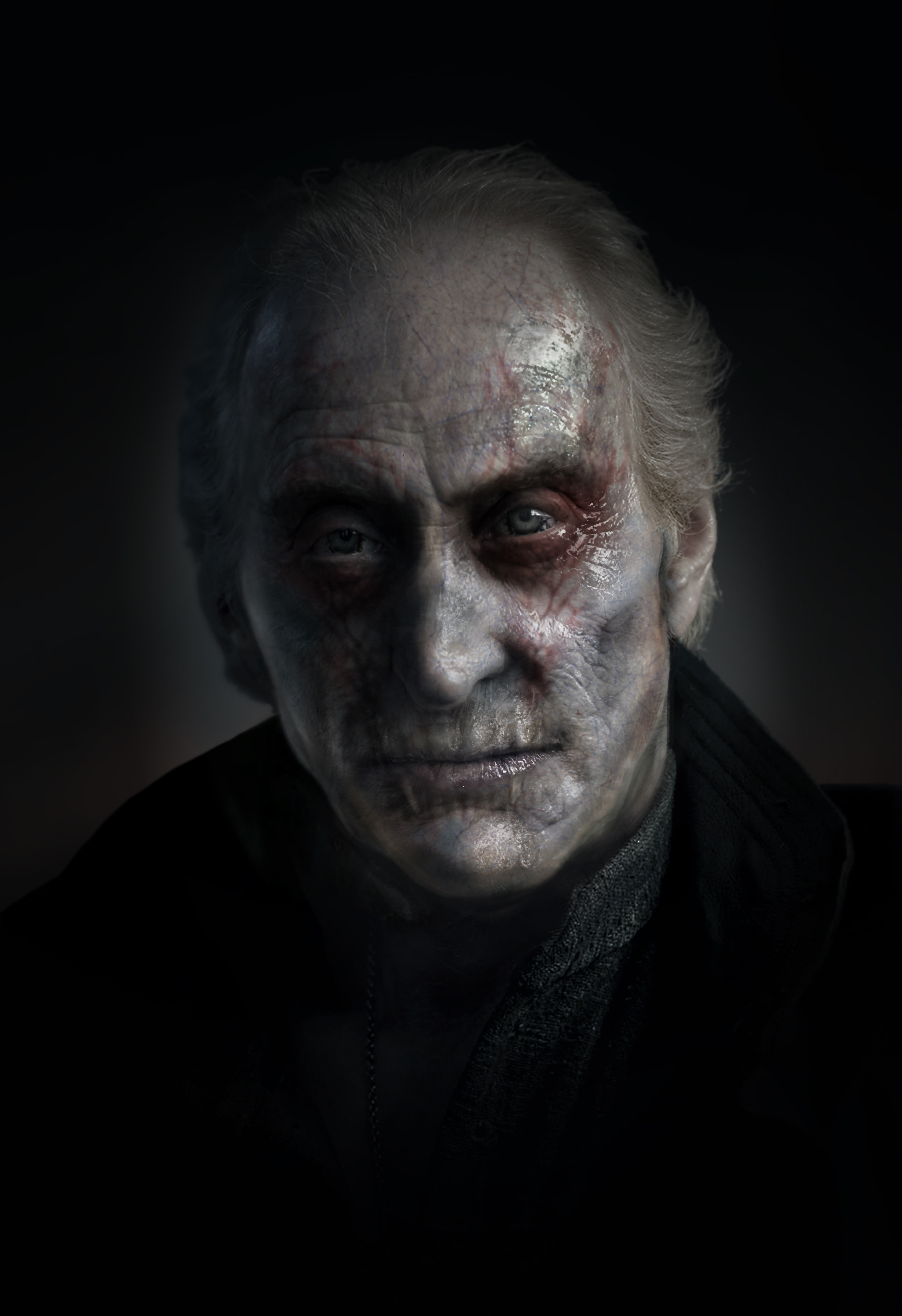 "YOU BELIEVE YOU KNOW WHAT IT IS TO BE A MONSTER? YOU HAVE NO IDEA."​

B I O G R A P H Y
Lord Viktor Barlow is a vampire elder in charge of the military in the Night Kingdom and the regent who rules over the Barlow Clan.

Viktor Barlow was born the son of a northern warlord some seven centuries before the birth of the Old Empire. As a child, he despised his father, who was cruel and abusive, and sought the means to overthrow him and take hold of his kingdom. As he grew older, he became more ambitious and began to gain a following among the disgruntled men serving his father. His father eventually uncovered his plot and, rather than have him killed, banished him to the cold wastes along with his followers where nature would likely kill him. Instead, Viktor encountered a powerful elder vampire, who used a dark ritual to transform the rebellious son into a powerful pure vampire. Viktor then turned his followers into regular vampires and took his now-undead army back to his father to overthrow him.

In the aftermath of his triumph, Viktor found himself a powerful immortal and spent centuries growing his coven and expanding his knowledge of vampirekind and magic. Eventually, the covens under his command were so numerous that he declared the formation of one of the first vampire clans: the Barlow Clan, named after his family name. But the constant warring with other vampires, combined with vampire attacks on mortals, eventually drew unwanted attention. Mortals began to hunt down vampires, threatening the species, and the formation of the Empire accelerated this several times. To contend with this threat, Viktor struck a deal with the leaders of four other vampire clans and, together, they formed the Night Kingdom to save vampirekind.

As a vampire elder, Viktor was named to the Council of Elders—the main ruling body of the fledgling kingdom—and was named the overseer of military matters due to his experience as a military commander. For the next eight hundred years, Viktor shaped vampire military policy and oversaw the protection of the kingdom he had helped to forge. As the vampire military commander, he gained a reputation for being both ruthless and cruel, and his name came to be feared among the lesser vampires under the sway of the kingdom.

Viktor is one of the oldest vampires in existence and his personality reflects that fact. He is stoic, wise, cruel and ruthless, pragmatic, manipulative, and cunning among other things. He has a knack for leadership and a charisma that has drawn others to his side for centuries, long before he even became a member of the undead. When charisma fails, his talent for inspiring fear serves to draw others into line behind him—to obey his commands. He also has no love in his heart and has never married or sired children, only other vampires to extend his brood.

Despite his cold disposition and reputation for being cruel and unfeeling, Viktor is unquestionably loyal to Clan Barlow and the Night Kingdom. His every thought is consumed with the protection and preservation of vampirekind, which makes him an apt military leader for the centuries old vampire government. However, in order to fulfill this charge, Viktor is prepared to take any action necessary. He will kill, torture, maim, betray, and frighten anyone to preserve the kingdom he helped to forge. Morality is not a word that fits into his vocabulary; it is merely another distraction in the way of achieving his true goals. As a result, few even among the vampire elders dare to slight him, and all who cross him know the consequences of their actions.

Viktor is also a stickler for the law. He strictly enforces the Night Code, one of the founding laws of the Night Kingdom, and is just as rigorous in enforcing the rest. He is also among the more conservative members of the vampire government, viewing mortals with extreme disdain and vampires whom consort with them with utter disgust. Viktor views mortals as animals and has no regard for their life. Children born of mortals and vampires are abominations to him, the only thing worse being children born of a union between vampires and were-beings. Werewolves in particular are often objects of Viktor's hatred and he is known for wanting to exterminate their kind.

Despite his reverence for the law, Viktor is not a pious man and does not worship Knull like other vampires in the kingdom. In fact, he does not believe in any gods, which makes him an atheist. Going further, he is shown to openly despise the faithful and the zealous, believing them to be gullible and easily deceived. The only thing Viktor is shown to respect is power, cunning, and intelligence–traits he finds to be lacking in recent generations of vampires, much to his lament. 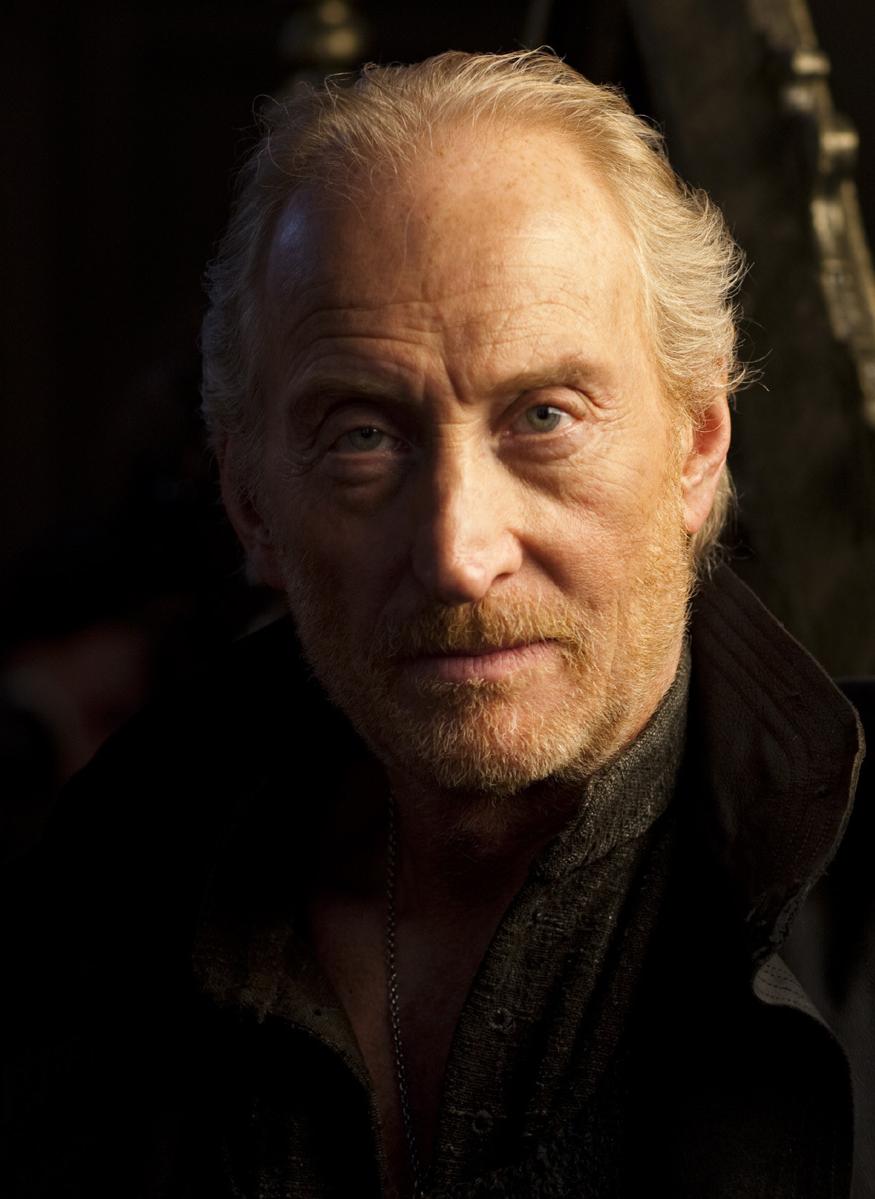 Viktor is approximately fifteen hundred years old and retains the appearance of an elderly human male in his mid-to-late seventies. He has a pale complexion, sharp blue eyes, and wisps of golden hair on his head. Sometimes, he can be seen sporting blonde facial hair in the form of a short beard and mustache, though this is rare, as he prefers to remain shaved. He is also a tall vampire, towering over even his vampire elder peers. Red bruise-like markings surrounding his eyes and his lips have withered to the point of looking almost skeletal.

Viktor typically wears a black coat with a raised collar, underneath which he wears a blue form-fitting tunic. He also has a reddish-brown undertunic for certain occasions. When he needs to enter battle, he wears a unique set of vampire armor—made of steel and other non-silver metals—the helmet of which gives his face an even more skeletal appearance and brings out the sharpness of his blue eyes. The armor also bears the sigil of his clan. When he wears this armor, he carries a sword and dagger at his hip.

M A G I C_ A N D_ S K I L L S
As a vampire elder, and despite his elderly appearance, Viktor Barlow is immensely powerful. Prior to being made undead, he was the son of a warlord with skills in swordsmanship and hand-to-hand combat, skills that were sharpened by centuries of leading wars from the frontlines of the battlefield. His time as a vampire has also given him considerable magical abilities that he has honed for over a millennia. When forced into combat, he prefers to use his magical abilities and save his direct combat skills for last resort. I gotta say that I Iove the character. You've made me want to make a vampire, or role play with one. I've always secretly loved vampires the most despite people accusing me of not liking them. We gotta role play together sometime. I'll stop fangirling now though so I can address a few issues.

I know there's no timeline lore page yet (which I will be addressing soon) so it's hard to gauge when events happened, most especially so far back in time, but the Empire was born before the first Magi were. It's written in the second paragraph of the Empire's lore. Vampires have magical abilities/control over the Myst so they are Magi. The vampris ritual is also magical as it uses the Myst to mutate a person. The tl;dr is the vampire ritual wouldn't have been found/created until after the Empire was.

It shouldn't be hard to tweak your characters history to align with this though, since he could still have a warlord father he overthrows. Him and his father would just be considered imperial citizens if you choose to have it happen so far back in time/right after the first Magi were born.

The other minor issue I have is a few lines push him from sounding powerful to overpowerful. Ideally you'd reword the lines quoted below, or if you can't then remove or replace them. Powerful characters are our jam here, but we try to make sure no one character stands too far above the rest of the characters.

Only those with similar reflexes or whom can distract him long enough can ever hope to catch him off-guard and strike him.
Click to expand...

Though vampires are said to be less refined than typical humanoids in the use of magic, Viktor has mostly overcome this limitation thanks to centuries of training and continued practice. Only other elder vampires can hope to match his skills.
Click to expand...

If you need any help addressing the above let me know.