Location: An Island off the Northern Coast of Nal Akima

Climate: The North of the Island is dominated by a Polar climate while the South is an Arctic Tundra where blizzards and fierce winds dominate the entire island.

Primary Terrain: The North is a desolate sheet of snow and ice however as one moves south into the Tundra the terrain becomes more rocky where only moss, lichen and small bushes grow. On the East side of the Island resides a small, but true, Forest which somehow has evolved to withstand the weather. The Western part of the Island is mountainous with some old ruins from times long past. In the centre of the island there is a lake which remains mostly frozen for more than half the year. A river runs upon both the North and South coast to empty into the sea.

Government: Jarldom supported by a Council of Elders however the people are left a great deal of independence.

Affiliation: Technically Nal Akima but is very isolated. In truth their greatest loyalty lies with the Werewolf community. 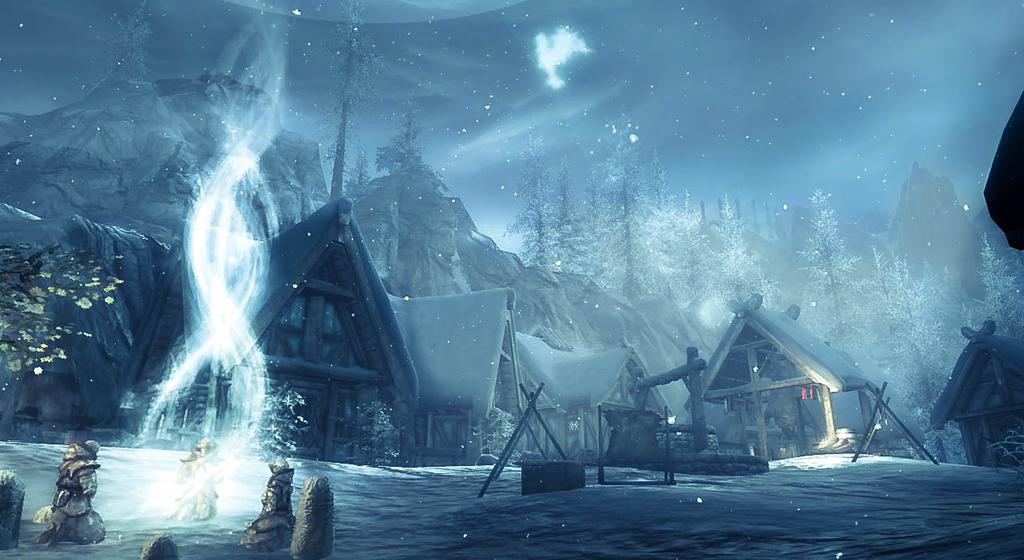 The Capital of the Jarldom, such as it is, would be the Village located near the coast of Dragon’s End. The oldest and most consistently populated area of the Island, this village lies on the edge of the island’s arctic climate and as such spends most of the year covered in a white sheet of snow.

The entire village is centred around the Great Hall, the Jarl’s home, which serves as both a community centre where the residents of the village can eat and drink in comfort as well as a place for the Elders to meet and discuss matters of governing. Aside from the hall there is a well, a secondary mead hall and the rest are residential homes. The architecture of the village is much more primitive than that used on the mainland.

Due to its isolated location and lack of anything of interest to see, very few uninvited outsiders ever visit. Aside from a few who have been invited by the Jarl most who live here have done so for generations.

Despite the Village being the Capital of the Jarldom it is Southwatch which is the most populated and prosperous area on the Island. A new settlement built on the Southern shore by the current Jarl only two decades previous. The village serves as a docking port for all those who come and leave the island. A fishing and mining village, part of the reason this particular location was chosen for Southwatch was the many rich veins of iron and silver nearby as well as smaller deposits of precious gems.

The architecture of the town is the same as the modern cities and towns of mainland Nal Akima. The town is also home to a small private trade company that arrived in the first years of the town’s founding who help facilitate the sale of the goods produced here. Southwatch also boasts a team of traditional shipwrights who craft longboats which they often sell to small Jarldoms who can’t afford the time and/or resources to create such things themselves. Like many modern towns it offers many services such as a blacksmith, jewellery crafter, taverns and even a few inns for guests. Recently a great Lighthouse has been erected on its shores to help the increased naval traffic.

Despite it’s youth this town has blossomed into a settlement for any Islander to be proud of. 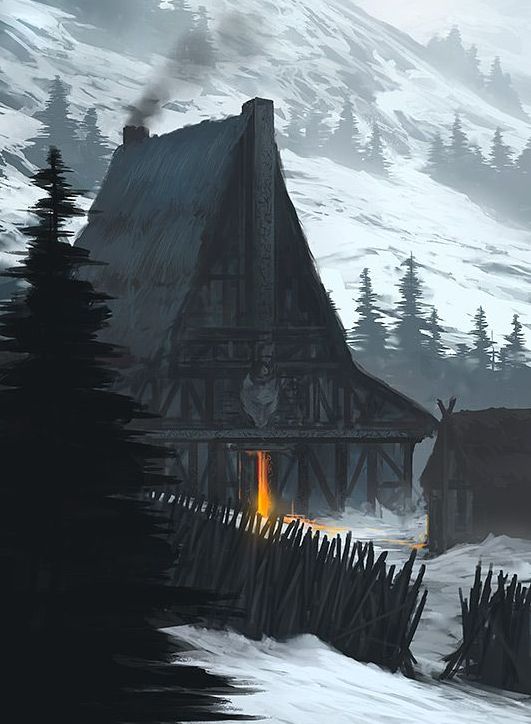 Relatively hidden in the forested areas of the East is the settlement of Lupine’s Rest. What once started as a mere hall, decorated with a Wolf’s head above the door, has turned into a settlement of it’s own with a simple wooden palisade and a few cabins.

Built by the current Jarl shortly after he inherited the Jarldom the hall exists as a safe harbour for any lycanthrope, or the family of such, who wishes sanctuary. Since its founding a few such cursed individuals have found the safety of the area so comforting that they’ve elected to start turning the area into a village all of its own, despite the open offer for them to come live in the Capital.

The only rules for visiting werewolves is no infighting of any kind, including attempts to force others into their packs. Nor can the Werewolves hunt any citizen of the island. Such individuals who break either law find themselves soon hunted in turn by the combined force of the Lycanthropes and Humans of Norðanheim.

This is also where the current Jarl takes young, inexperienced Lycanthropes, that he finds so that they can learn to harness their gift in a safe environment. 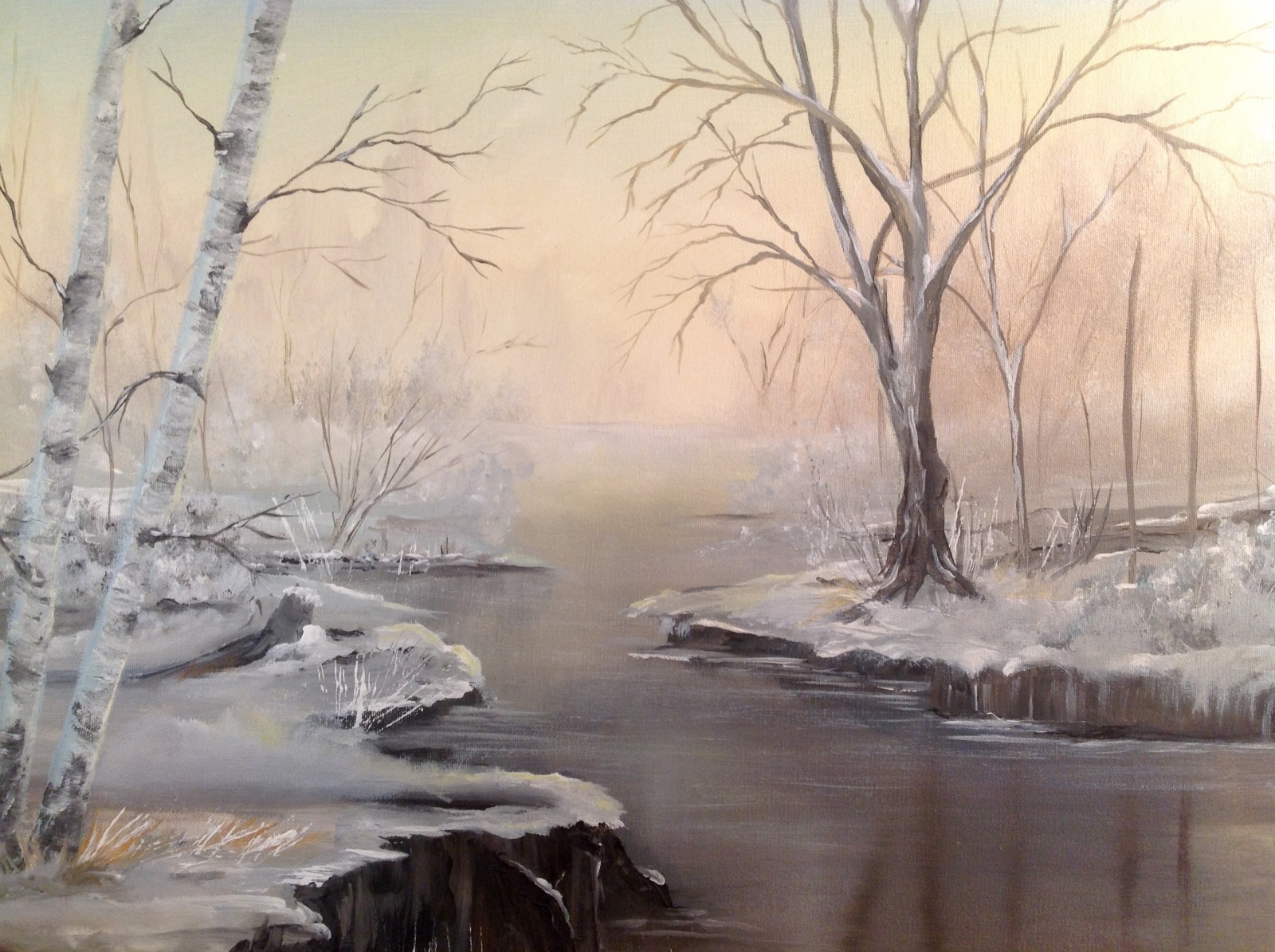 A large lake lying in the center of the Island, it is the only significant body of water on the Island itself, connected to the sea by a Northern and Southern river. Although frozen for the majority of the year it is a beloved fishing spot with a few small fishing huts built around the area for everyone’s use.

The lake is so named due to an old legend that says in the days before the Cataclysm an immortal dragon terrorised the island. It was then that the All-Maker came to the defence of his people and slew the Dragon, he then trapped it beneath the lake and so that it could not use it’s flame to break free he created the lake to forever cool the monster’s fire.

The mountainous Eastern edge of the Island contains many pre-Cataclysm ruins but none are so intact, or ancient, as the Temple of the All-Maker. It was a mixture of oral tradition and these ruins that helped preserve the old religion. The Islanders believe the All-Maker, sometimes called the All-Creator, was the original faith of the Northmen but has long been forgotten by the rest of the realm. The religion is a very primal faith, much like it’s worshippers, and claims that the All-Maker created the world. His enemy is the Under-Foe who lives deep beneath the Earth, where he has lain since his defeat at the hands of the All-Maker and who wishes to crawl up from the depths and slaughter his enemy’s people.

The Temple itself is maintained by the Shamans who are a mixed gender order of Myst Users who continue the All-Maker’s teachings. Since the Temple is the most holy site of the Faith none may enter without the High Shaman’s permission, not even the Jarl.

It is one of the most highly concentrated groups of magi in the North due to the Islander's unique faith giving them a different view on Myst.

An ancient structure it looks like nothing else on the Island being built entirely of stone.

Norðanheim’s history is told in an oral fashion and, as such, of questionable legitimacy. Stationed to the North of Nal Akima itself the area has always been very isolated and, until recently, even purposely reclusive. There are two conflicting versions of what the land was like before the cataclysm, one story says that the Island was always apart from the mainland while the other says that it was once part of the same landmass as the rest of Nal Akima but broke free by the earth shattering effect of the Cataclysm itself.

The Islanders of Norðanheim have always been different from those of Nal Akima. Living a far more primal live, closer to nature, as well as being devoutly loyal to their monotheistic faith which has led to irrevocable differences between these and the other Northerners. However, despite this, they have never been hostile. There have been multiple occasions when they’ve openly cooperated with the rest of their people in raids and taking part in the Council of Axes.

There is not much else said about the Island for, until relatively recently, it has been a quiet land. For generations however Norðanheim, with its insular nature, had been on the decline. A death toll was nearly struck a few decades ago when a Court of Vampires, seeing an easy target, came to prey on the isolated Islanders claiming the Temple of the All-Maker itself as their home. One such victim was the Jarl’s heir.

The Jarl’s son, Geirolf, went into seclusion to prey to the All-Maker for guidance. After over a week without sleep, water or food he stumbled out of his chambers claiming to have had a vision from the All-Maker who had told him to go seek his Angels on the Peaks of Nalak. Afterwards those around him uttered their support claiming to have heard rumours of such beings before.

Geirolf would return as a Lycanthrope with a pack of such beings alongside him and, despite the village’s hesitance, they were welcomed. A combined strike force of village warriors, shamans and lycanthropes invaded the Temple and slaughtered the vampires driving the few survivors into utter retreat. In the process a few brave men and women died, including the Jarl himself.

Geirolf ascended to the position of Jarl and from there many things would change. The High Shaman announced that the Angel Curse was a gift from the All-Maker and that Lycanthropes where his chosen while also declaring Vampires to be servants of the Under-Foe. The Shamans also named Geirolf the Axe of the All-Maker, his Champion.

From his new position of Jarl, with his unique view as a Lycanthrope and invigorated by Zealous fervor, he set out to change his island. First he convinced the community to accept the Lycanthropes in the Village as citizens, while sending some of the Werewolves out to find others of their kind. Their mission was to inform those they found that the Island would be their Sanctuary from the prejudices of the World. However this fact was kept secret from Humans and Elves who happened to be non-natives so as to protect the Jarldom from those who might wish to harm those of Wolf-Blood.

He then set around to improve the Island’s economical importance by breaching a core tenant of his faith and utilising the resources of the Island to open mines on its Southern Coast. He would invite many outsiders from small Villages or ruined Jarldoms from all across Nal Akima to live there. This settlement would become the relatively prosperous Southwatch.

The secretive Lupine’s Rest was also built around this time by Werewolves under the Jarl’s command for those of their kind who only wished to stay temporarily and, later, who wanted to live apart from the Village.

Laws were also changed during the current Jarl’s rule. He established an advisory Council of Elders to be made up of two Human Villagers, two Werewolves as well as one prominent Southwatch resident knowing that his own tasks would take him away from his home at times and wanting to leave a trusted regency behind.

With the recent rise in conflict between Werewolves and Vampires the Jarl and his Lupine followers have made greater efforts to spread the message throughout their community that Norðanheim will be a safe place for them. 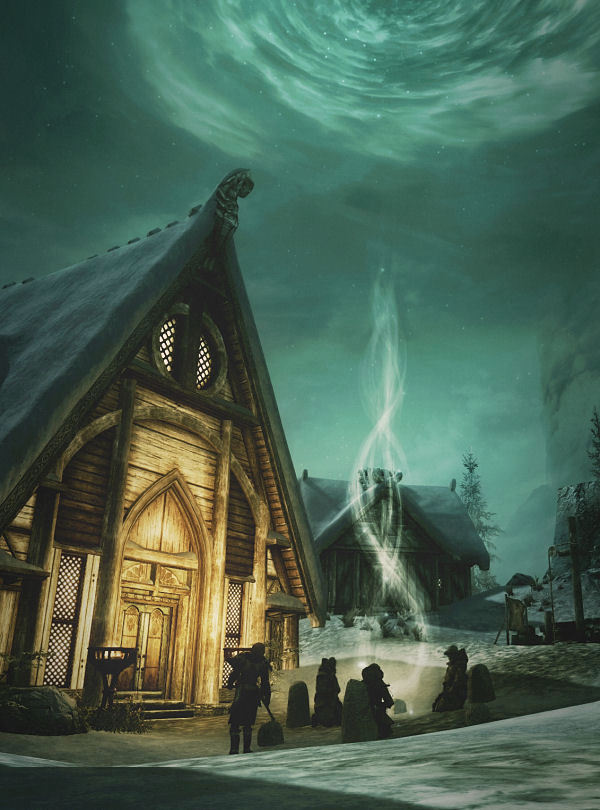