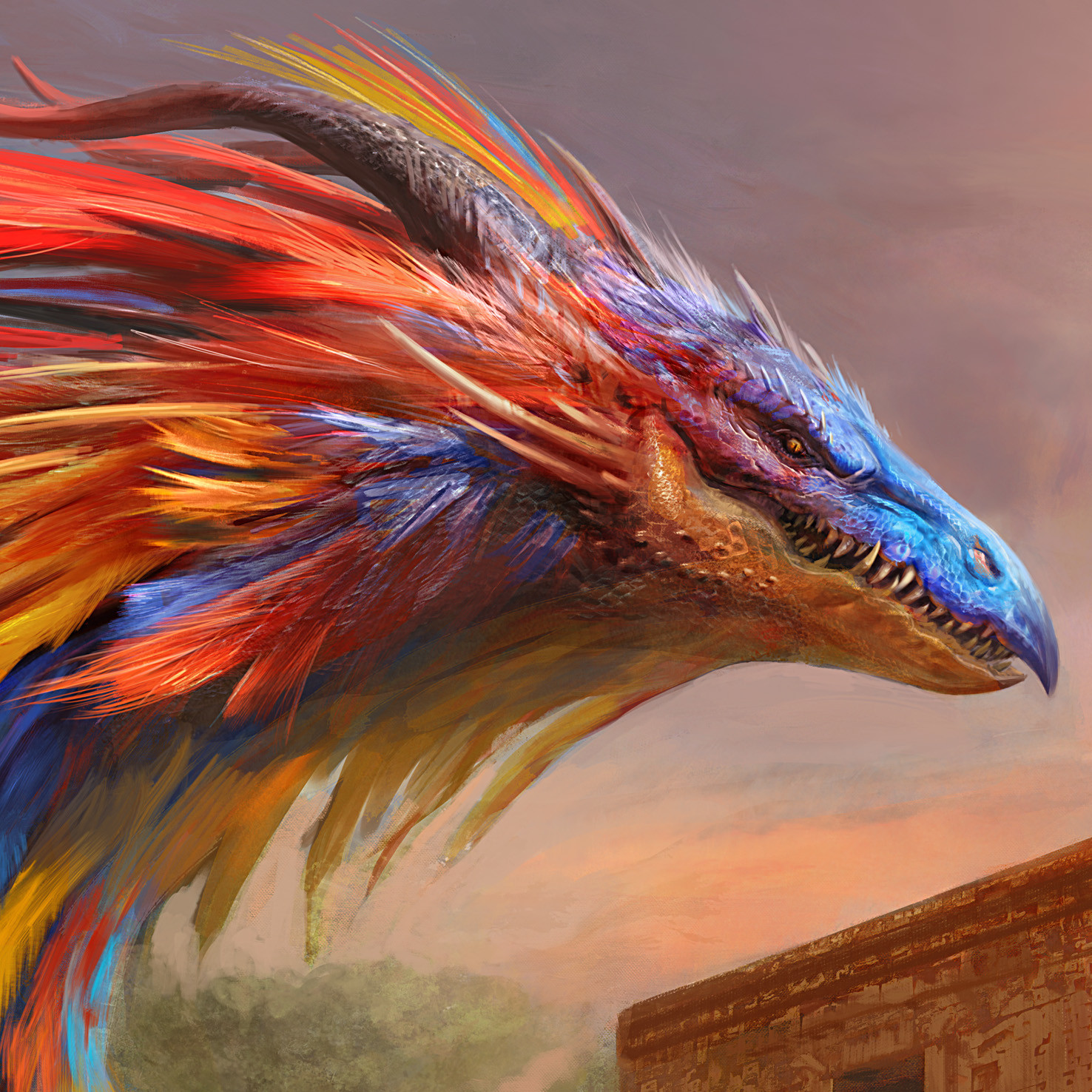 "Hope is fragile, do not let grief consume you when it is broken or turned against you."

It remains to be seen if Palanrandusk is the last of his particular species, a feathered serpent he resides within the Lantherni Wilds where hidden in a thick mist the serpent watches over the only legacy he has ever known. The nondescript overgrown valley is known to his children as Sanctuary. Why the serpent has secluded himself there for so long isn't truly known to anybody except him as the final known resting place of his species who disappeared not long after the first Myst Surge.

It was here he had the fortune of meeting another of his kind before Valaxor invaded their lands and put a swift end to their fragile hope. Not wishing the same fate upon others he opened his territory to those seeking refuge from the growing trade of dragon-slaying using his knowledge of warding to enchant his lands hindering or delaying those that foolish enough to seek fame and glory. His most recent stewardship was something a little more unique, however, while out on patrol around the prayer mountains where Valaxor had been entombed he discovered an abandoned clutch and after failing to find any sign of their parents took them under his wing.

"This no longer our world, what right do we have to dictate the unwritten histories?"

Palanrandusk as before has survived this Myst surge relatively unscathed, whether by luck or through his understanding of the Myst he has not succumbed to the Myst induced rage. However, his wards are broken and the Sanctuary breached leaving him vulnerable putting Palanrandusk on the defensive against his rival. When mounted upon a long spear or pole of at least 8 ft in length the banner's enchantments become active becoming briefly animated as the fabric changes its appearance. The appearance varies from wielder to wielder typically adopting a coat of arms befit of its wielder some common examples include family heraldry, past victories, and favourite animal.

More significantly allied creatures who have a line of sight to the banner are bolstered increasing stamina and endurance while becoming more resistant to psychological effects. 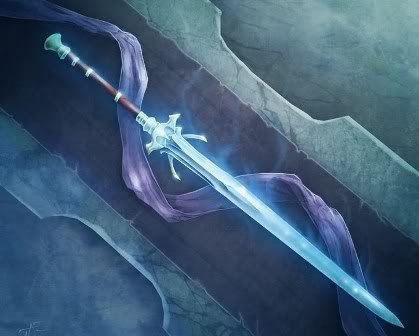 Materiel(s) Used: Tindalosi fragments
Color(s):
Weight: Heavy (Carried), Light (Mounted)
Affiliation (if any): Martizal Rangers
History (if any): Forged by Reginn one of the first known members of the Primal Council this weapon used materials procured from the corpse of a Tindalosi slain by the Ranger
Enchantment(s) (if any):
Last edited: Jan 28, 2021 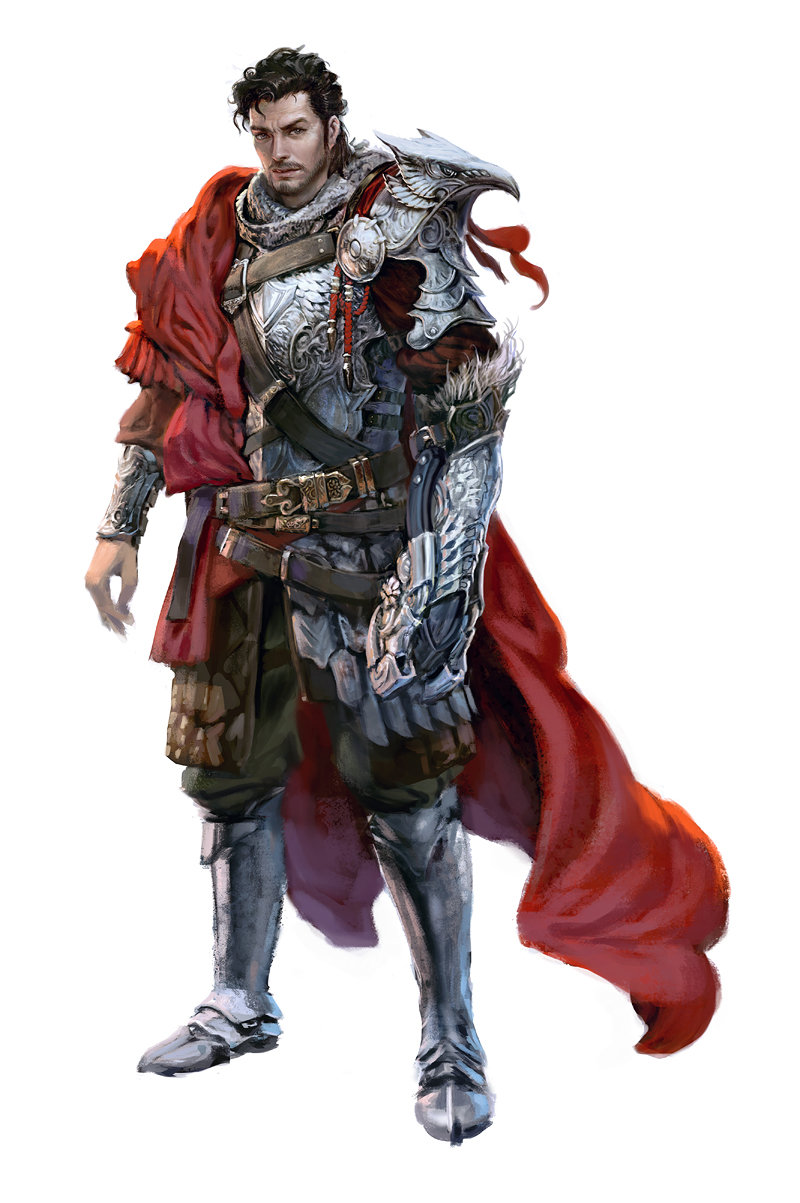 Lore: Skywarden's plate was forged centuries ago for the Knights of the Rose, an order that specialised in aerial combat primarily mounted upon Gryphons. Commissioned to create no more than 100 armours for the original founding members, each had their names engraved upon the chest plate and enchanted with warding magic. While schematics exist for the armour, the original recipe used for the materials was lost effectively preventing further production as the Order's size and influence grew.

As a result, the armour has become a symbol within the Order and is worn only by members of the Knighthood who have fulfilled their oaths both outside and upon the field of battle elevating those who wear it to the status of Champions. Great pride and effort are taken in maintaining this equipment and the destruction or loss is a cause for grief.

Featherweight - Lightweight alloys make this armour surprisingly light with minimal sacrifice to protection.
Skywarden's Legacy - Once fully equipped the armour becomes bonded with its wielder, engraving their name to the growing list located on the inside of the plate causing a ward to activate that protects from Psychological debilitation. 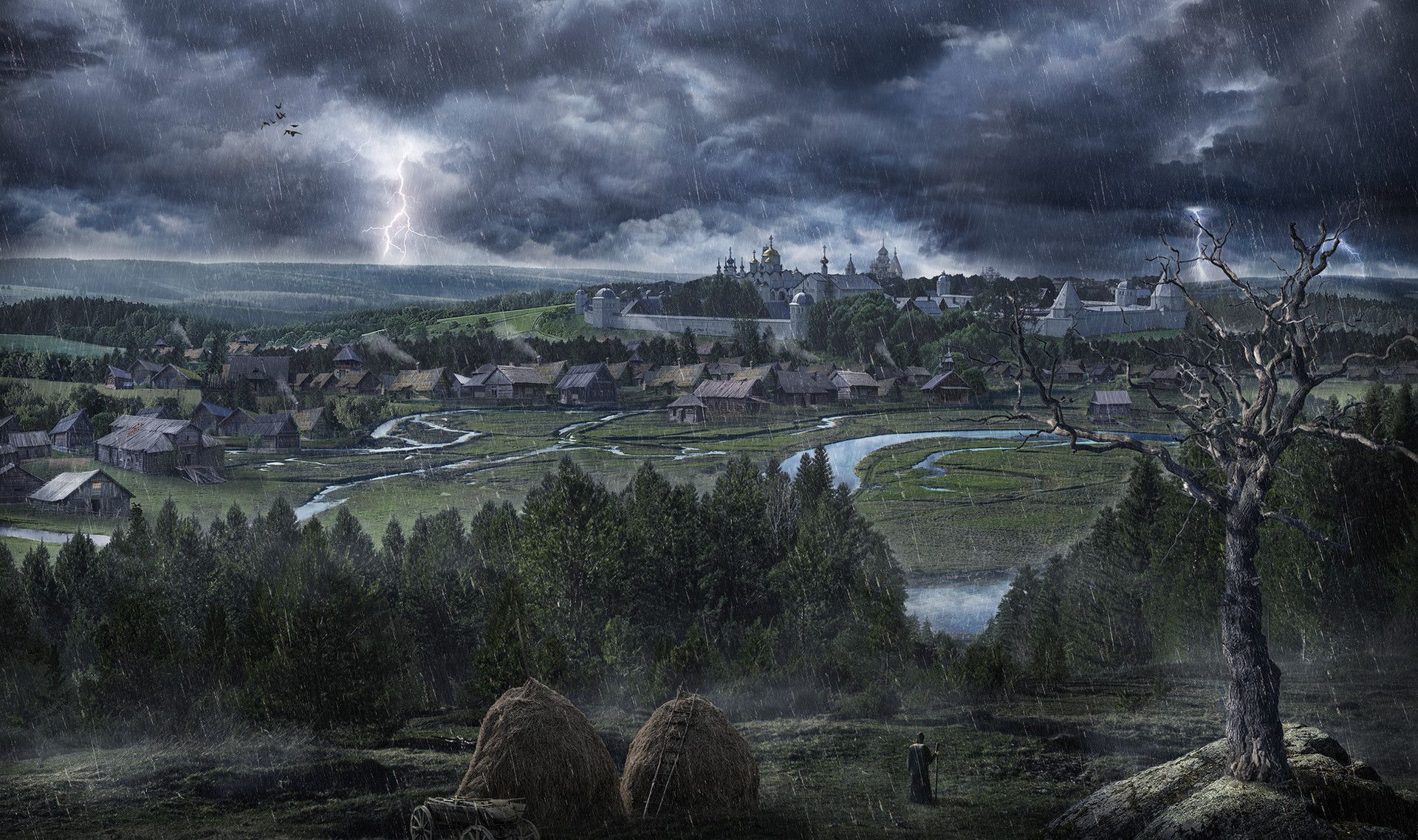 Before reading into this article please note that this is by no means exhaustive and is designed to give writers ideas of how the Mysts might affect local weather systems. Your welcome to use my ideas in any plots/threads, but also shouldn't feel this list is in any way exhaustive.

Categories
Harmless - No impact
Minor Impact - Threat is minimal but may affect travelling/fighting conditions.
Significant Impact - Minor threat to humanoids, significant impact on travel/fighting conditions.
Dangerous - Significant threat to humanoids, a moderate threat to Drakes. Travel is dangerous. Fighting has significant risks.
Deadly - Significant threat to most biological life, including Drakes. Normal travel is impossible. Fighting is at significant risk.​
Solar/Clear
Sunny weather, or a clear sky during nighttime, is when there is no cloud on the horizon. If one is at the top of a mountain or travels in the skies, possible clouds don't count so long as they remain below horizon level. This also means that the sky is always sunny/clear above the highest altitude that clouds can form. Such days are brought about by anticyclones.

This weather condition can help temperatures rise under the sun's influence, but a clear sky at night allows temperatures to drop significantly, as there is no cloud cover to trap rising heat. This will typically last until around one hour before sunrise. Thus, this weather causes the greatest temperature variation.

These conditions are quite common in the desert and mountainous regions of the world, such as Cathwa and Whiteguard. In the rest of the world, it's a rare occurrence and almost non-existent in tropical zones.

In extreme circumstances, this can cause draughts, hypothermia, and heatstroke.[/spoiler]


Clouds
Clouds typically come in three forms, partial, cloudy or overcast. Generally, this is the most common weather condition experienced by the common folk.

Partial occurs when some clouds are hovering above the horizon level. However, most of the sky remains clear and there is no precipitation present. The presence of these clouds may temporarily drop temperatures when they hide the sun during the day. This is particularly helpful during heatwaves.

Cloudy weather is when a significant amount of clouds is covering the sky (typically 50%). A cloudy day may result in some weak showers, snowfalls, or even thunderstorms, although a thunderstorm temporarily overcasts the sky as it happens.

Overcast occurs when the sky is blanketed by clouds, creating days that are dimmer and nights that are darker without artificial sources of light. Overcast can herald the coming of rainfall, snowfall, or more extremes.


Rain
Rain is the condensed moisture of the atmosphere above falling under the form of liquid droplets. Sometimes episodic rainfall is key to much of Avoslom. It's not surprising then that many civilisations have built their agriculture around seasonal rainfalls.

However, it does not always have a positive effect on the environment. Heavy downpours can reduce visibility, make flying by certain beasts difficult (gryphons for example), or cause devastating floods.


Fog
Fog is literally a cloud at ground level, which raises ambient humidity to its maximum, and considerably decreases visibility. In some instances, this can reduce visibility by as much as 60~80 m. Generally, fog isn't dangerous unless travelling by Sea or Air.


Storms
Storms occur when densely packed clouds create a large vertical cloud created by rising air currents. These clouds can form in isolation or clusters. This process creates an electrical charge producing lightning, it is often accompanied by strong gusts of wind, heavy rainfall, and sometimes hail or tornadoes. Storms are most common at shorelines, air currents, highlands, or mountainous terrain.


Snow
Now is atmospheric water that froze and fell to the ground, covering it. Snow remains as long as the temperature of the ground doesn't go beyond 0 degrees. Most commonly seen at the peak of mountains, snow can create hazards that make travel difficult.

Snow is characteristic of mountains and remains permanent at higher altitudes. Snow also happens quite frequently under continental climates during the cold season, such as in Northern Leore. It is however much rarer in mild climates and only happens during a limited window of time, usually around the coldest month of the year, although early or late snow can also take place there if a freezing front was to sweep over said regions. It never falls under hot climates, especially around the equator.

The Myst has caused a great many changes in the world. When looking at the dangers it poses, scholars do not always consider the environmental impacts. Instead, they look to the monsters and creatures birthed from its chaos.


While extremely rare, even within Myst saturated regions, these weather phenomena do not always abide by the laws of nature and can have devastating consequences for those caught inside.

Ren is the eldest son of the Hattori clan's Matriarch. As a partner of Niko, he stands as the second in command of Ito family affairs. Being raised by the Hattori Ren is a Master Swordsman and Assassin who has a proven track record. He and his mate Niko share a common goal in Xak'tharakus' unification. Unlike his partner, however, Ren prefers a more direct approach often fulfiling the role of an enforcer.

Glint is also known as the Grand Philosopher and Plume of Dawn is a minor Tengu deity and patron of the Nakano Clan. Subservient to Glithen, she cherishes and protects the Tengu people and birds of the night. As a result, many Tengu who resemble nocturnal birds finds Glint an attractive prospect.