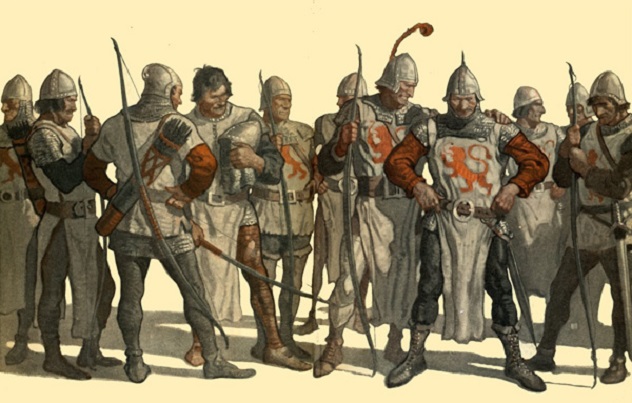 Location(s):
Based in The Archipelago when not on campaign.
Currently on campaign in Noria, contracted to Silas Hael

Core Beliefs:
Code (if any):
Rule One of One is No Kids.

Originally a mercenary company from the Archipelago perpetually under the employ of one or more of the Councillors in power at the time, the company was formed to fight against pirates and bandits. From this original purpose the Company gained its name, Stormborn, as they were named due to their opposition to Pirates. As time went on their mission statement changed from being primarily a tool of the Councillors to protect the Archipelago to being a tool used by the Councillors to strike at each other's interests without being too directly linked to them.

During this period they began to gain a reputation for being effective but bloody. Often they would kill more than the targets suggested but this was seen as something of an asset rather than a hindrance. More of a 'signature' than a failing. During this time, Alexios' father joined the company and rose the ranks to become an officer of the Company.

A contract of note during this time that made their name while also being rather costly was a raid on a group of bandits being assembled by a circle of Magi. It was believed that the Magi were attempting to band the bandits together into a credible military so as to assume control of one of the smaller islands of the Archipelago. Assaulting their base from the sea, the Company lost dozens of men to both the magic and the blades before eventually being triumphant and putting their enemies to the sword.

Since then the Company has, perhaps surprisingly, taken a high view of Magi, seeing them as assets in battle on par with siege equipment or battleships. Because of this, the Company is one of the few mercenary Companies that openly recruits Magi, even though not many have taken them up on the offer as of yet. Since Alexios' takeover of the Company, the has expanded it's membership criteria again to include Beast Races and sentient Myst Born.