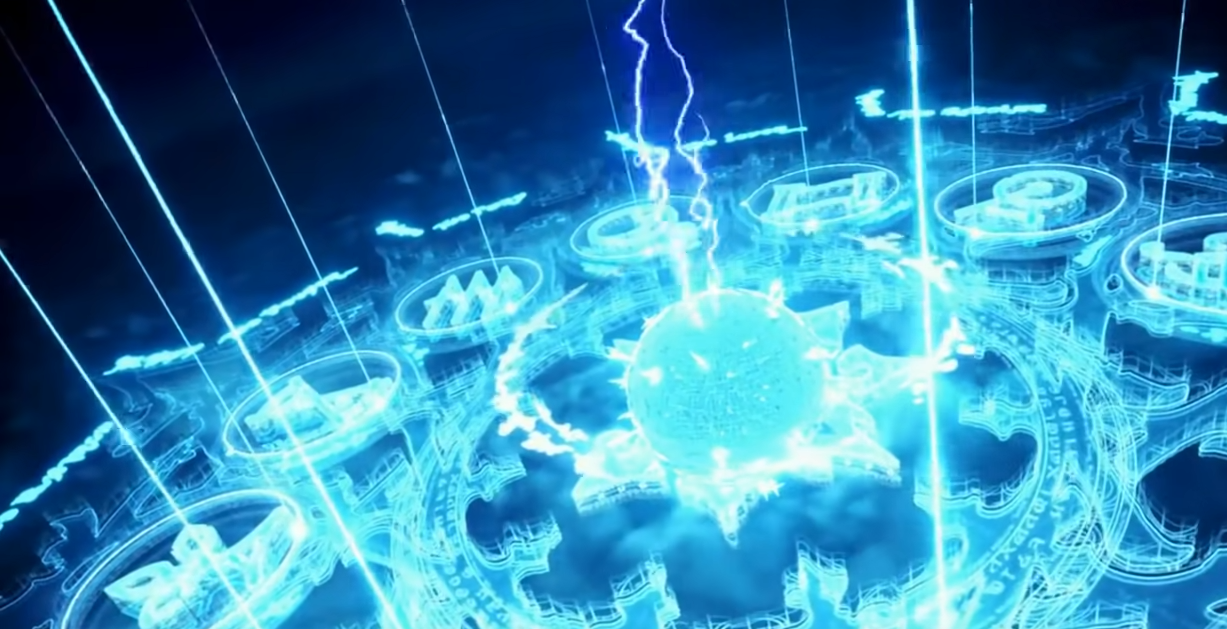 In simplest terms, Sacred Geometry is a practice of using Geometric shapes and the Mysts to create Wards and Barriers. Most Magi will have a basic understanding of the theory, but without dedicated study will struggle with anything besides rudimentary applications. Most Magi will begin their studies learning its principle equations allowing them to create basic defences.

Unlike other types of Myst application, Sacred Geometry can be used by anyone with a connection to the Mysts. In essence, even the weakest Magi can use Sacred Geometry, and if used correctly can rival that of natural talents.

The only true requirement is that the caster has an understanding of Geometry. This lends itself to professions of scholarly nature, and it is most commonly used by Clerics, Architects, and Runesmiths.

Firstly, the caster must engrave or mark out the region they wish to be affected by the Ward or Barrier. This is typically accomplished by Chalk, but more permanent solutions have included concealing the ward in paintings, stained glass, engraved stone etc.

Word of warning I am not expecting anyone who uses this to do maths, it's simply a lore tibit. Generally, it should be assumed the creator of the Seal has done adequate research. That said a barrier with 4-5+ conditions might be suspect.

Once the initial structure is complete a Caster may create additional layers, these additional seals must fit wholly within the anchor. Each shape provides a numeric value equal to the number of sides. This number must be used to calculate one of the Prime Constants, if no formula is possible it fizzles out and fails.

Wards - A Seal that is no larger than three layers and is typically focused upon a small object. Most Magi researchers will use this to protect their discoveries and notes against intruders, governments may use it to protect secrets or even items of national importance. It can also appear concealed in Tattoos or other forms.

Barrier - A Seal that is larger than four layers or covers a large area. Its effects apply to all creatures within its sphere of influence. It has upkeep that must be maintained and requires anchoring in some fashion.

Maintaining this upkeep can be done by the Caster or other casters as required enabling it to be passed down.

Enchantment - A rarer practice that requires the caster to be an expert craftsman, it is a practice most commonly used by Dwarves. It is usually used on mundane or magical artefacts to grant them resistance to corrosion or Sundering.

Sacred Geometry is rarely subtle, engraved in stone or iron, painted upon floors or walls, shimmering only under moonlight. It's so widely used that even the untrained know the basic methods to undo its power.

This means for those familiar with its premise, can determine its intent even without knowing the full extent of its conditions.

There exist two main lines of thought when dispelling such effects. The first is quite simply to break the seal, if created by something as temperamental as chalk this can be incredibly easy, but most barriers take hours of commitment to complete and very few practitioners will use something so easily washed away.

The second requires some understanding, as it involves creating a polar opposite usually targeting the weakest link in a chain. Examples of this include creating an infinite feedback loop between conditions. Injecting your own conditions that contradict existing rules thus destroying the barrier, or simply attempting to re-write it. In such cases, both cancel one another resulting in the effects ending.
Last edited: Jun 10, 2021