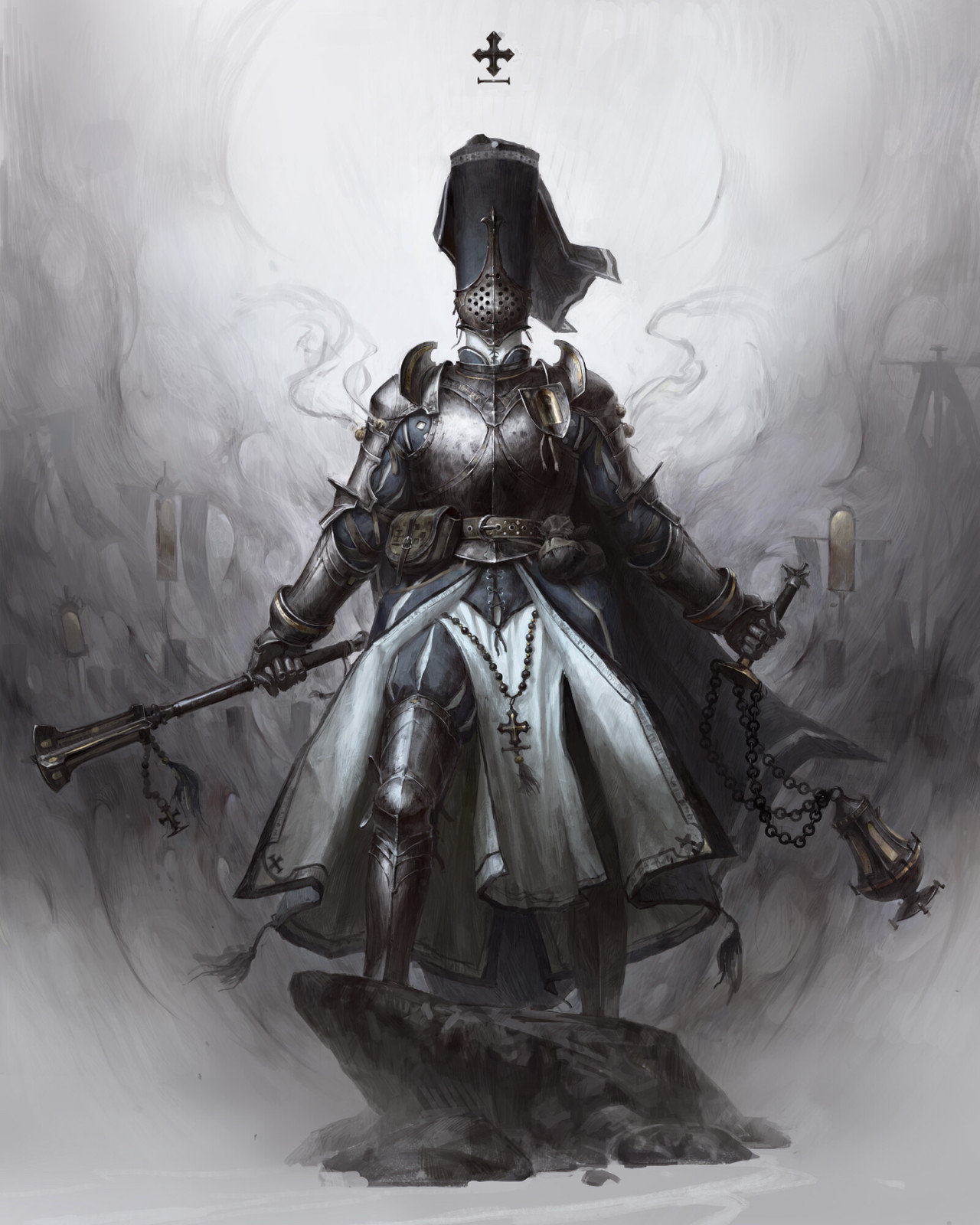 ► The Empire​
JOB OR RANK

The Haven family was one of little renown, it has produced religious figures for generations who enter local temples as priests and priestesses, however, the family is not without it's history. The sole piece of documented history for the Haven family was the appearance of an "Angel" in their blood line, which is the sole source of their powers they hold in the present. In reality this was little more than one of the fabled appearances of Ender who had given the family a sliver of control in the Myst in exchange for all the wealth the family held at the time, though those details have been lost to time.

The family has little outliers, however, Ricard came to become one of them. As the eldest son of the family he was expected to continued as the head of the family and continue the devout ways the family had upheld for many years. Ricard was blessed with more than the average power that had been exhibited in his family, while most could only purify wells and bring small comfort to the dying he could could rid villages of illness, mend wounds that would otherwise be fatal, and imbue his weapon with burning light. With this power and given his imposing stature he became a warrior of renown and joined the empires Legions as a young man. He marched with the troops and gave them spiritual guidance as needed and healed the injured as they came to him. He spent years in the legions and marched through campaign after campaign until he was eventually discovered by a Legate in battle.

The story goes as follows; on a bloodsoaked battlefield the fighting had spread to the Legate's camp and forced them into melee, while the Legate and their guard took up arms while the legion that had been pushed back remained in the fight surrounding the area. The discovery of Ricard was made when the Legate received a fatal blow in the melee. Ricard was in the vicinity when he heard the rallying cries of the enemy as his leader was struck down, he fought his way to the Legate who was surrounded by his remaining guards. While the guards were reluctant to allow any one close to the Legate, with the validating words of many of the surrounding legionaries he was allowed to aid the Legate and ensure his survival through the battle. Following the battle Ricard thought little of the encounter, going about and giving aid to as many as he could and guidance to those who had lost their brothers in arms. He continued as usual for many weeks of the remainder of the campaign until he received a summons from his Centurion who then sent him to the capital and by extension to the Legate he had saved. From there it wasn't long before he found himself a member of the Pretorians. Through his prowess in battle to innate ability and knowledge of religion he was given the moniker Sanctius.

After his placement in the Pretorians he was placed amongst those sent out to act as Chantry Kataphraktos and given the responsibility to cull those who pose threats to the Emperor and the religions of the land.

That brings us to present.

Strong and reliant, steadfast in his beliefs to ensure that the beliefs of the empire are upheld to the fullest extent and those that pose a threat to the empire meet their ends. He is a devout to Athos, but practices the beliefs of all 12 gods in order to cater to all who he encounter.

Ricard and the Haven family are endowed with the power to purify the impure, health the wounded and smite those in battle.
The ability to manipulate food and drink that is unsafe has been a staple for the Haven family, they use the power of the Myst in order to manipulate the very contaminants that are in the water and food, removing the source however is beyond their power.
The ability to cure the ill and mend the wounded is the largest portion of Ricard's power.
The ability to manipulate light onto his weapon is an ability only Ricard has shown since. He is able to manipulate the light that is available onto his weapon and heat the metal before striking with it, burning those underneath of the strikes.