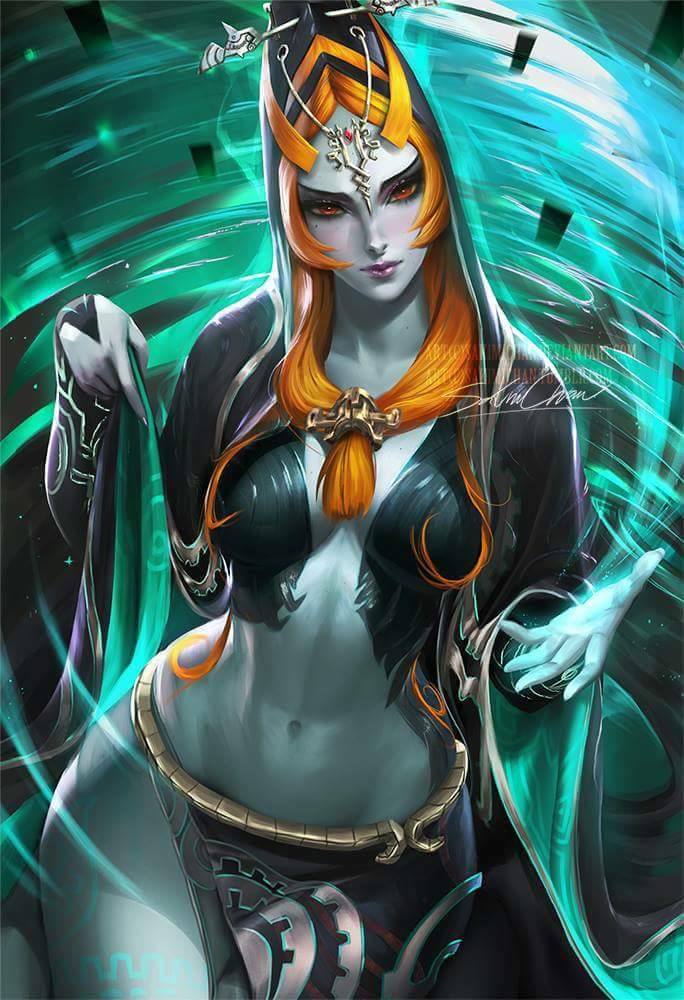 Lorelei​
.
The Lonely Angel​
_
The story of Lorelei is an unconventional one at best. Her mother was part of the Lantheri Elves when the race was young and still finding its feet. Her mother's clan was attacked by a tribe of the worst of the worst Elves from the Wilds. Pregnant and scared, she fled into the Myst hoping to escape their savage warriors. The reality of the Myst was much different from the realm she was used to, and this is where Lorelei was born. As age is barely felt in the ethereal plane, Lorelei has lived for an unknown amount of time. Such measurements are not taken in the realm of the Myst, but in mortal terms she is somewhere beyond three hundred years of age. Due to growing up in a different dimension of sorts, her physiology and biology changed significantly from her Elven kin. First off, Lorelei weighs only thirty Empirical pounds. In the same manner, her body no longer follows the normal rules and laws of nature. Lorelei is able to float as well as shift through matter almost like she is an apparition. Due to her being born inside the Myst, the way she works her magic is different from the typical Magi. As beings from the mortal plane change their reality through the Myst's influence, Lorelei must also do the same with her own reality. The problem being, when not in her realm the thing she can change is herself. As such, Lorelei is essentially a shapeshifter. The down side to this magic is that she is extremely susceptible to other types of magic as she herself is from the Myst and therefore vulnerable to its influence.

Having no family to speak of (for her mother did not survive the childbirth) Lorelei had no guilt about leaving her realm to go search out this new one. Growing up, the Myst provided for her in whatever way she needed. Food did not exist in this realm as it would be considered matter. Lorelei survived and grew up on energy alone. Such a miracle didn't make any scientific sense, but she lived in a dimension where such words were nonexistent. But when she came to the living world, she was in for a rude awakening. The monsters of Avsolom were much less forgiving than the creatures in the Myst homeworld, and Lorelei was nearly eaten alive at every turn. Much to her dismay, she was unable to pass much further than the safety of the ruins she had first come to when crossing into this plane. Despite being able to turn into monsters in her own right, she was still prey to everything else crawling about in the forests. As her curiosity -which was insatiable- continued to drive her outside, Lorelei came to the conclusion that she needed help to navigate the forests. The Elves of the Wilds -which were her descendant kin- where so much different than she was. Any attempt to integrate with them resulted in them throwing spears and arrows at her.

So what Lorelei did instead was to explore the ruins in which she knew so well. By accident, she had found a peculiar room back when she was in the Myst. With a portal built into the walls, Lorelei was able to walk from her plane to the mortal one. This became her home and her safe space. Deciding to finally do something about it, she used her wits to try and understand the technology. While the magic of the portal was unknown to her, she was able to separate the mirror from the device and use it to summon things for herself. Channeling the Myst out of the portal, Lorelei could pull through focused totems to fight for her. Essentially rock warriors of whatever shape she wished to create, they would perform a basic task that she could have them carry out. This new power granted Lorelei the chance to see the wilds to her heart's content and finally leave the premises of the temple ruins. Now that the creatures of the wilds were no longer a threat to her, Lorelei could explore the forest kingdom that surrounded her home. For many years she was pleased with her freedom, but it soon become boring and dull just as it had before. Lorelei had no knowledge of other lands, nor any inclination to build a boat and sail the seas. Once again, Lorelei was lonely.

As fate would have it, the Empire came calling. They came in conquest of the Lantheri Wilds, with hosts of Magi and armed soldiers. Lorelei came to them, curious about these new beings who were just as different from the savage Elves as she was to them both. But when she approached them, they saw her as just another monster. Lorelei did her best to fight them off, but she was tragically unmatched. The legion of seasoned magicians defeated the girl and took from her the mirror which was the source of her power, or so they thought. When she continued to fight them, they sealed her away in a sacred jewel fixated to an amulet. Knowing this gift would please their Emperor, they gave him the amulet with Lorelei locked inside who then wore it proudly until the end of his days. The mirror was kept secret, hidden away and protected in the hands of the Great Mages who would try to learn of its secrets.

For another century the amulet was passed down through the royal families over the next several generations until its origin was forgotten. The mirror, still a mystery to the scholars in Rhisoka, locked the mirror away in a secret place hoping to one day learn of its power. The amulet was eventually sold and passed around through various dealers until it ended up in the trade market of Nal Sur. During a raid against the Magi, the amulet was destroyed and Lorelei set free. Weak and confused, the Myst daughter fled into the cold mountain where the Myst was thick and she could hide away from those who feared the sight of her.

For another twenty years in mortal time, she lived on those mountains walking as a ghost of her former self. She would often sing to the night sky a somber song in memory of her home world. Carried away with the wind it would be heard all over Nal Akima, but only on nights when the Myst was at its thickest. Eventually she was met by humans who came and went exploring the mountain side. But unlike her actions in the Wilds, Lorelei stayed far away from the people here. Fearing capture and imprisonment again, she avoided humans and Magi alike, choosing to walk among the beasts instead.
_ 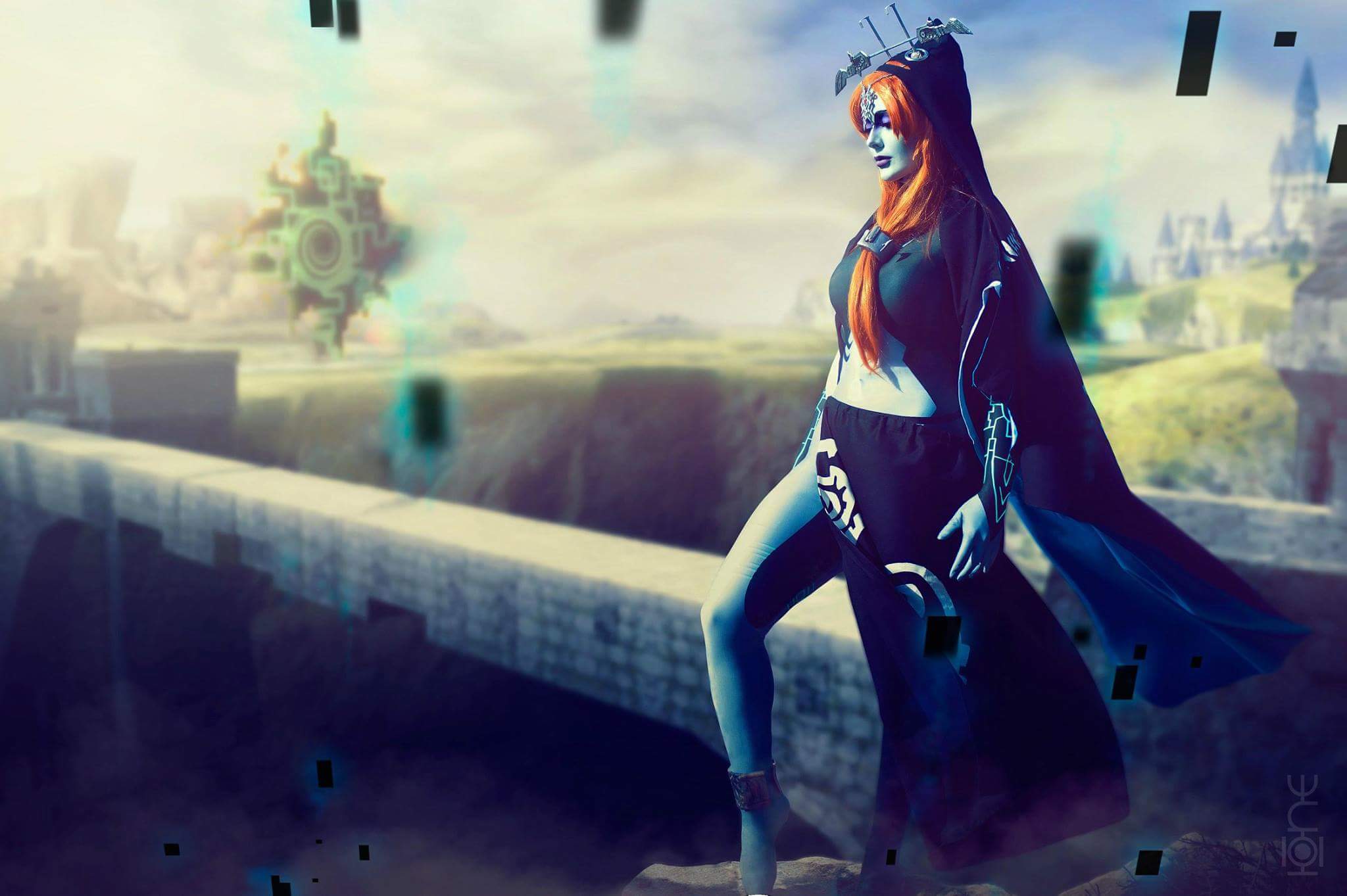 Being born of the Myst, Lorelei has a special connection to it that allows her to influence herself in this plane as she herself is made of Myst. The most prominent change to her reality against the normal plane is that gravity has no effect on her. She can float, fly, and even teleport short distances so long as she can see where she is going. Lorelei also has the ability to phase through a solid object as well as fuse herself into someone's shadow. With special concentration she is able to warp the way she looks, but doing so takes a lot of energy out of her when not in a place heavy with Myst.


The Mirror of the Myst​
​
No one quite knows how the portals were made between the two realms or how they work. All that can be certain is that someone from this plane cannot use the mirror device within the portal while they are in their own realm. Lorelei is seemingly the only one who was ever able to make the mirror work when it was not attached to the portal in the ruins. Theoretically, someone from the mortal plane could pass over into the Myst and use the mirror on the other side, but the Empire was unable to achieve this goal as the mirror does not work without the rest of the device. When in Lorelei's hands, she is able to create totems to fight for her. These objects can be anything her mind creates, but they are not sentient beings. They act more like dolls she has set to a task and nothing more. There seems to be no limit to the mirror's power, but creating multiple totems at once requires more concentration and focus than Lorelei is able to give.

BEHIND THE SCENES
.
The intent behind Lorelei is to have a character who is mischievous and flirty. While she may possess great power with her. connection to the Myst -especially when she has possession of the mirror- Lorelei rarely uses them . Fearing her. own gifts might draw attention to herself, Lorelei tries her best to hide what she can do unless absolutely necessary. On the other hand,. those that know about her power are the ones she craves attention from. Having been hurt and betrayed in life, she pretends to. be less knowledgeable about the world and plays most things off as a joke. Unable to take things seriously, she can sometimes. become an annoyance to those around her, but that is not her intention. Lorelei simply wishes to be taken care of and loved for. who she is.