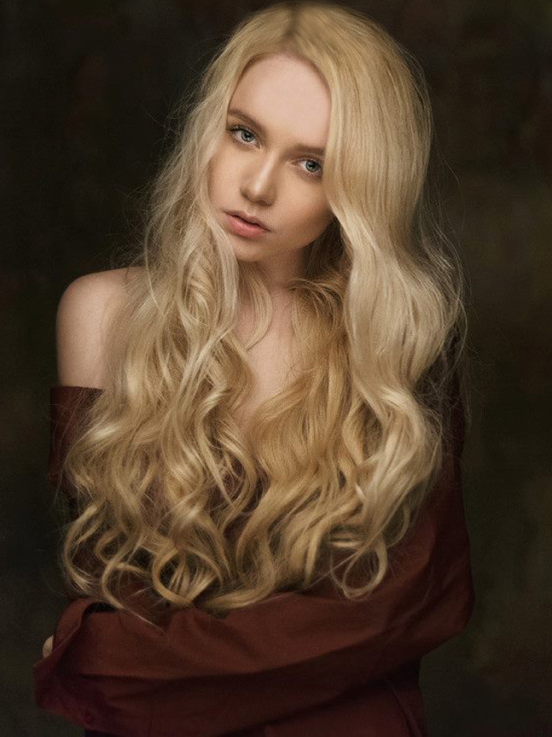 Born to the reigning Emperor of the Old Empire Cassius Magnus, and paired with a twin brother, Lilith's world wasn't expected to be limited. This unfortunately wasn't the case. Lilith was born the smaller, frailer twin. The doctors said that she wouldn't live past her first year and so her family expected to mark her off as a "failure to thrive" baby.

But she did live, though she remained frailer than most young women. She found herself winded after short walks and with a severe lack of an appetite. While her father cared little about her because of her health, her mother spent much on doctors and healers to help Lilith the best they could. And though physically weak, Lilith made up for it with a natural talent for magic and some newly surfaced family traits.

At a young age she found out she could see in the dark as clearly as she could in the day and, not long after, she discovered her other ability to keep track of objects moving at incredible speeds. Finding it easy to keep track of swiftly moving creatures, or the masterful strokes of a seasoned swordsmen, even though she could not physically wield a sword. On top of it all, and unbeknownst to her, she has an unlimited lifespan.

She was gifted with superficial acquaintances and tutors, surrounded by names meant to further her house's reputation. Though she still spent much of her time in bed, in her room resting, but not entirely alone. Lots of her interactions at a young age were with the lower class—servants. She was able to find small pleasures in listening to the servants talk, in hearing about the going-ons of the house hold and rumors about other nobles.

She became good friends with many and disliked the way her mother and father treated them. Her rage towards their mistreatment peaked when she learned one servant she held dear was killed by her father, for nothing more than angering him. Through time and the whispers of servants she learned many disturbing truths about her father, further turning Lilith against him. Of course, he was still her father and she wanted to love him, but she kept her distance from him whenever she could.

By the time she hit eighteen, she had made many servant friends both inside and outside of her house. At times she'd help them; giving them medicine, helping some escape from abusive nobles, and gaining a reputation as a voice of reason among the lower class. They began to come to her with rumors, truths, words to use against other nobles. She used these to gain a better standing among her peers. Sometimes simply using the information to pluck servants from one home into her own.

Still young and naive, she has, at times, found herself in over her head when taking on older, more practiced nobles. Because of this, she continues to grow her network of spies, pressing them to unearth darker truths so she can assert herself over those practiced nobles, such as her father—her father who has taken more notice of her, and even came to her for help against some of his enemies.

Because she spent so much time bedridden in her youth, she became close friends with the servants in her family house. She cares about them deeply, and dislikes whenever anyone mistreats them or any loyal servant.

At times she helps servants, from both her home and outside it; giving them medicine, aiding their escapes from abusive nobles, and more. She has gained a good reputation among some of the lower class, and they come to her with rumors, truths, words to use against other nobles. She uses these to gain a better standing among her peers or sometimes simply uses them to pluck servants from one home into her own.

On the flip side, she specializes in darker magicks and is ruthless towards other nobles when she needs to be.

Curse Magic:
Lilith can curse an object with almost any type of disease, which it passes along to the next person who touches it.

Poison Magic:
She can inject poison into liquid or even a person directly if they are weakened. Her mastery over this magic also allows her to dispel poison from inside a person.

Life Siphoning Magic:
Able to suck the life energy from a living thing, to the point where it dies if the spell is prolonged enough. The process is slow and able to be defended against if the person has a strong will or if Lilith is interrupted during the cast.

Necromancy:
Lilith can summon and inject life energy into the dead to raise them. She can raise upwards to one hundred undead at a time, but will be physically exhausted for a day or so after. Once recovered, she can continue to raise undead and build a large army.

When an undead is filled with her life magic, it becomes connected to her. She can sense it, it can sense her. It will follow her around until she compels it to do something. She does not need to maintain her magic inside of it or concentrate on controlling it; once her magic is injected into an undead, it will stay in-tuned with her will until the magic fades out of it.

The more undead she is connected to, however, the more sickly she starts to look. Color fades from her skin, her hair, her eyes. She also becomes even more physically weak, but her magic is bolstered by the adrenaline she gets from being connected to the undead. When her magic and connection fades from the undead, her color and strength starts to return.

Elemental Magic:
While she hasn't invested much time studying it, Lilith is able to summon fire and ice magic to use offensively if needed. She can summon a burst of ice or flames from her hands or create boulder sized balls of ice or fire. Like most who practice fire magic, she can walk through or touch fire without being harmed.

Bloodline Traits:
Naturally physically weak— it is part of a newly surfaced family trait. She also has the ability to see in the dark, keep track of objects moving at incredible speeds and has an unlimited lifespan. Though she is like anyone else, able to die from being stabbed, starvation, disease, etc but barring all of that her lifespan itself is not capped and her ageing process has already stopped.