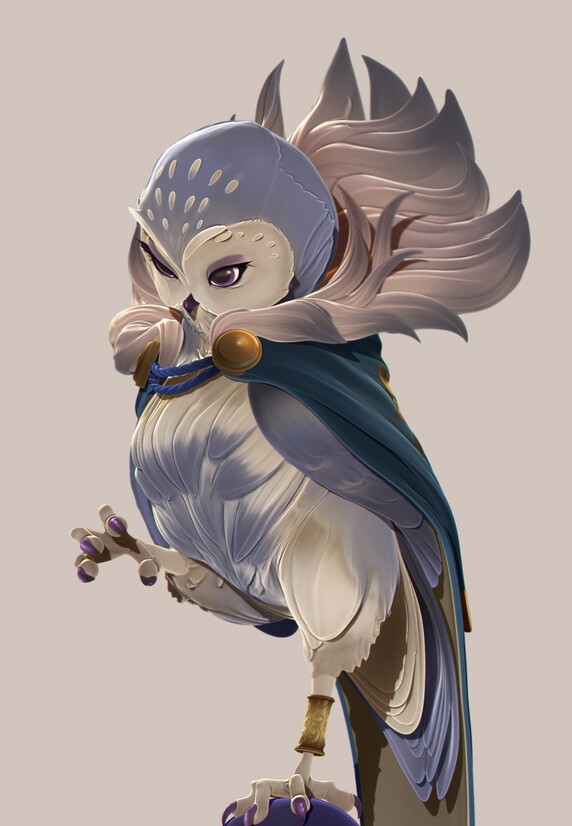 Contrary to Imperial records, Erimentha was born Ava, to her plebeian mother in the wheat fields of Rhisoka. With no father to support them, they lived with her grandparents. In the nine years she spent with them Ava had always seemed like a burden, too young to contribute in any meaningful way, yet being another mouth to feed periods of famine hit them hard. This combination of factors would eventually lead to Ava being taken by her grandfather to the villa of one Balisarius Manos, her apparent sire.

Although such circumstances weren't uncommon and generally frowned upon by the nobility, Belisarius received the news well. With no known children before this moment, Ava presented an opportunity to secure his estate. Learning to read and write most of her time was dedicated to her studies, any remaining time was assigned to household chores. Occasionally this meant assisting in her father's research, although its nature remained an enigma to her. Curious, she would often steal items, notes or objects that intrigued her.

On such an occasion Ava was caught stealing a crystal fragment when it reacted to her touch illuminating the chamber. She expected to be scolded but instead found Belisarius to be surprised, immediately she was taken to the academy and tested for her affinity. Once confirmed, she found his demeanour changed, taking a keener interest in her studies and guiding her more heavily. Nightly meals would be spent being quizzed on the nature of the Mysts, and chores were replaced by practising cantrips. This suited Ava, but she would later learn his interests weren't entirely to her benefit.

Almost a decade later, Ava was invited to assist her father once more in his lab. Once there she was knocked unconscious and bound and by the time she woke the world had changed. Her essence had been bound to another creature, her once human body lifeless upon a table of iron. At first, she panicked but found herself to be trapped in a gilded cage and slowly her mind receded into a labyrinth of instincts and desires not wholly her own.

Ava should have died there, the footnote of some madman's research, but she was not so weak-willed as Belisarius might have hoped for a time she had to watch acting to her master's whims as she was used as nothing more than a glorified battery and pet, but eventually, Ava mastered the primal creature that imprisoned her mind. Even so, she played to his tune for roughly three years until an opportunity presented itself.

Erimentha over that time had established a relationship, under the guise that his research had unintended but effective side effects. Namely, her ability to think and speak. Initially cautious, her loyalty was proven when she thwarted an attempt on his life, a plot she herself had orchestrated. This enabled Erimentha to plant the idea that someone had tried to kill him in hopes of acquiring his research. She had thought this might make him cautious, but it worked better than she predicted, Belisarius was a jealous man and moved quickly to end any threats, including his closest allies. In the end, this only made her life easier.

Her father was killed by brigands while travelling isolated on the road, after exhausting the reserves he called upon Erimentha to assist him, but she refused to allow a mortal blow to be struck. When he died she left returning home to Rhisoka knowing eventually someone would investigate his disappearance. When a mage from the council arrived, she revealed herself to them, allowing herself to be taken in for questioning.

It is here she explained how she had been created and the fate of her father, by law she was not allowed to inherit his estate, so instead sold it to the magi for a hefty sum that found its way back to a family farmhouse. She did not need the coin, not after she agreed to aid the grand council in exchange for access to their archives and Belisarius research.

Erimentha, or otherwise Ava is hard to understand, her motives and intentions can sometimes be confusing. Her teachings and views on the Myst are rather adherent. But, it's not that she is hard to understand, it's simply that in the eyes of her peers her views are contradictory to the station she has been assigned.

Her views on the Myst are influenced by her experiences and the deceptions she has suffered. This underpins much of her philosophy. The world can be cruel and while not inherently evil, the Mysts themselves bestow power upon those not always deserving. She is critical of the Mysts yet still embraces it, leaving many to question why.

For those closest to her Erimentha is a mentor, furthering her own knowledge by bestowing it upon others willing to listen. In her eyes, these rare individuals are beautiful, willing to question what others take for granted, willing to fight fate. It is only through them can she achieve her singular goal, a return to normality in whatever form or shape that may take.

Owl Traits - She's frustratingly an owl, she can do owly things.

Familiar - At any given time Erimentha may establish a bond with a character. This bond exists for as long as necessary and can be broken at any given time by either party. In agreeing to this bond, the character receives the following benefits;
Keeper of Thoughts - Erimentha can retain a surprising amount of information, she can recall anything she has witnessed in the last 24 hours and can recite texts in detail.

Spellcasting [Polymorph, Minor] - As a result of her studies so far, Erimentha can perform basic polymorphic feats such as increasing or reducing her size. Presently, she can grow roughly to the size of a Roc and can sustain the effect for roughly an hour before reverting to her normal size. This improves her physical strength and durability, in addition to allowing her to be ridden (good luck persuading her).