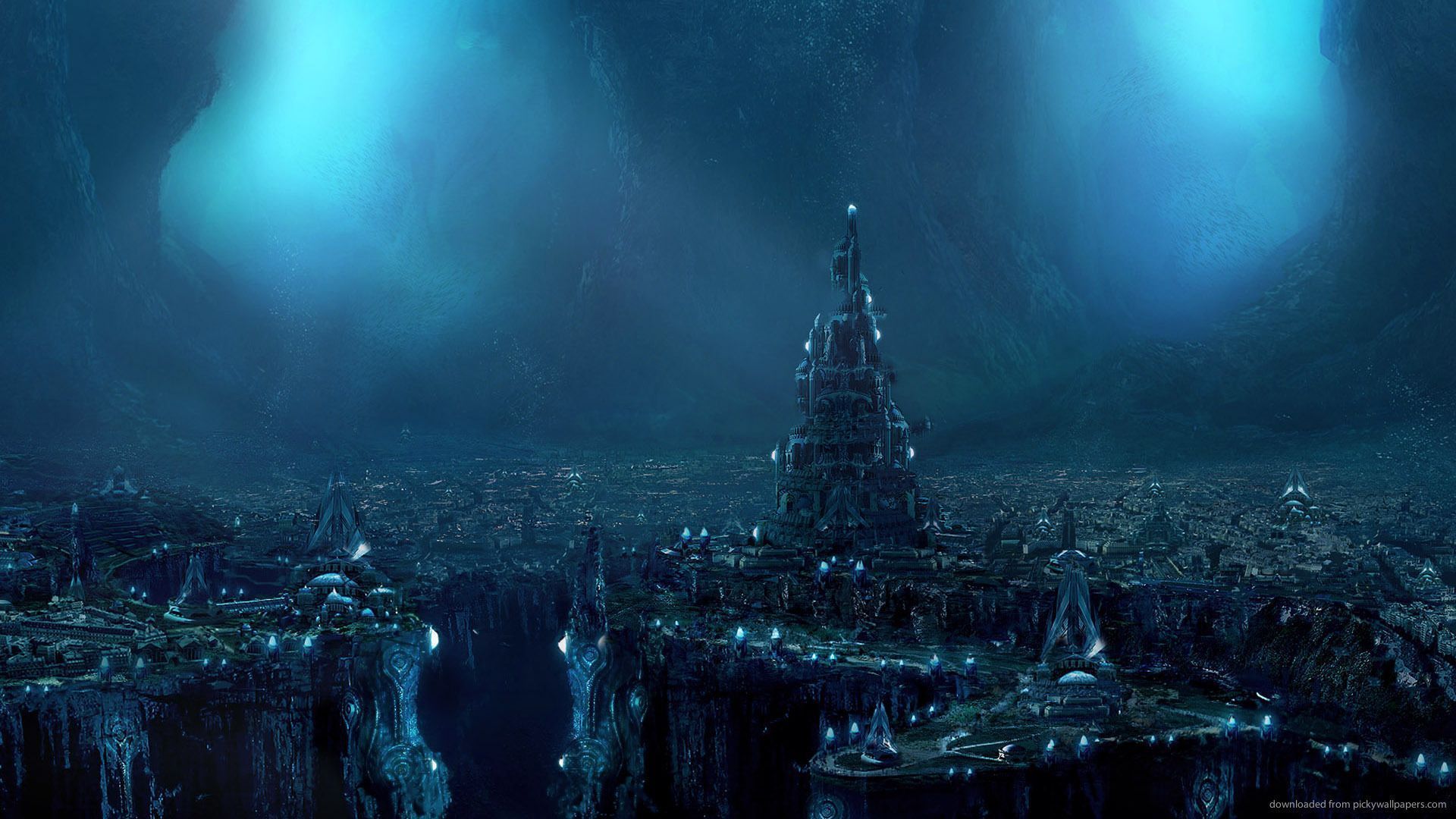 Azarni Temple Guard
Leadership: Priest-King Vulmir
Classification: Honour Guard
Members: 300~500 Individuals
Duties: The Temple Guard are an elite fighting force dedicated to the safeguarding of the Priesthood and its leadership. They are known also to fulfil the role of advisors and handle minor stately matters. Members of this regiment are recruited at a young age (7-10) from the nobility and are taught politics, art, and martial combat. If they complete their training, they are expected to hone these skills daily.

Azarni Corsairs
Leadership: Warrior Priests
Classification: Expeditionary Force
Members: 100~200 Core, 300 levies
Duties: The Corsairs are a mobile force specialising in mounted combat. Its core members are usually veterans with several years of service either in the city guard or as levies. Their primary duty is to protect the Kingdom's interests. As a result, they spend most of their time in the field away from the sunken city. They are most active in the seas around the Maelstrom, where they misdirect vessels or attack those with hostile intent.

The Maelstrom sits directly above the heart of Azarni, it is a known natural phenomenon that is usually avoided by ships due to the turbulent waves it generates. This has created a natural feeding and nesting ground for sea serpents, which are feared and worshipped by the Azarni people.


Few ships, as a result, will approach this region, and those that have successfully navigated the region often make a name for themselves doing so.

Temple of the Deep 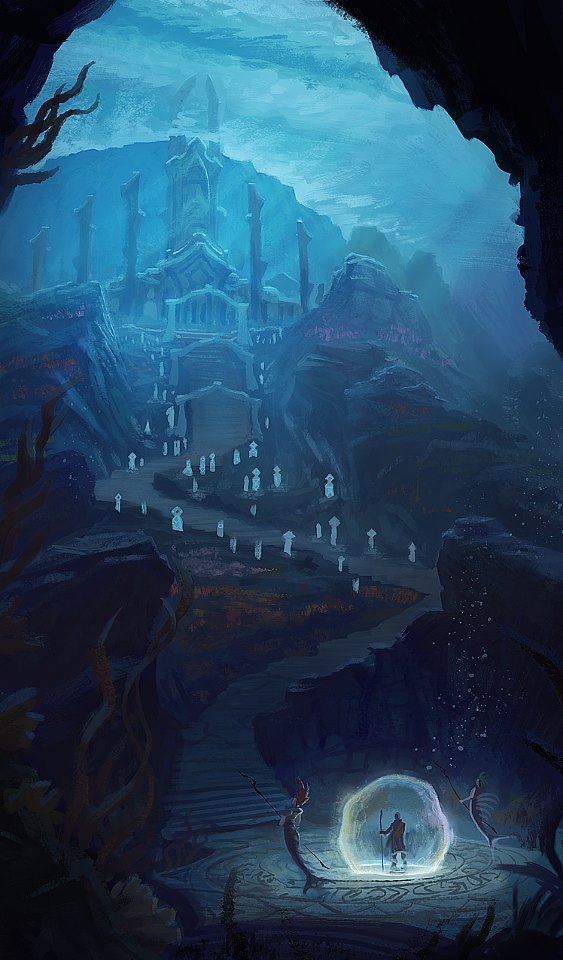 A monument that is dedicated to the Goddess of the Deep Varuna, it is a place of worship, but also the seat of power for the serving Priest-King. It is located directly beneath the antiquated council chambers archives, to prevent damage to the knowledge and history stored there. An air pocket is maintained, but it is only accessible to the highest-ranking officials. Triton's Gate is an early fortification that sits at the edge of what the Azarni would call their borders (if any such one ever existed). Magically reinforced and built upon a bedrock foundation, it is the only known building to have survived the Cataclysm and is well-known to both surface dwellers and the Azarni themselves.

Corsairs and scouts use the fortification as an outpost and gathering point for any raids or attacks conducted against intruders. During such raids, surface dwellers who, for whatever reason, find themselves dragged into the depths may find themselves here. Most seasoned sailors will avoid the waters around this fortification. Many believe it is occupied by sea monsters and other unsavoury creatures.

Meanwhile, scholars and treasure-seekers who believe in the sunken city use it as the foremost example that the city of Azarni indeed exists.

Often dismissed as hearsay and legend, the city of Azarni was known to be an elvish kingdom that sat at the heart of the Annesian Sea. Azarni was built upon the foundations of an artificial island risen from the depths by an ancient order of scholars and magi seeking to create a marvel city-state where they could pursue the studies of the Mysts without the interference of rivals or lesser races. As generations passed, the conclave and its influence grew to attract some of the greatest minds, creating a thriving city-state led by a Council.

However, not all was well. A Great Cataclysm believed by some to be brought about by the Council's overweening ambition. They sought divinity to consolidate and guard their power, but also purge those who challenged them. Such heresy did not go unnoticed by the gods, and for six days and nights, the city was barraged with ill omens. Trees wept poisonous sap, crops began to wither and die, strange illnesses swept the city streets and other unexplainable phenomena. The council presumed these to be the actions of saboteur and spies. In response, the council enforced a city-wide curfew and lockdown.

On the seventh day, the Lissants used to power the magic that kept the island afloat cracked, creating a chain reaction that led to the city's collapse. The city was reclaimed by the depths, decimating the population. It was only through the actions of seven magi that anyone survived. Working in tandem, they created a barrier that would buy them time, but nothing more.

Meanwhile, above the waves, all that remained of their existence was a Maelstrom, where the city's heart and council chambers had been. The survivors left with only days to live sought to free themselves from the crushing depths but inevitably failed. Facing annihilation, one of their members turned to the Gods for aid.

When no gods answered their cries for aid, they believed themselves to be abandoned by the traditional gods. Instead, according to the Azarni priesthood, they found salvation through the goddess Varuna, who blessed them with forms suitable to the depths, but in doing so ensured they would never again control the land.