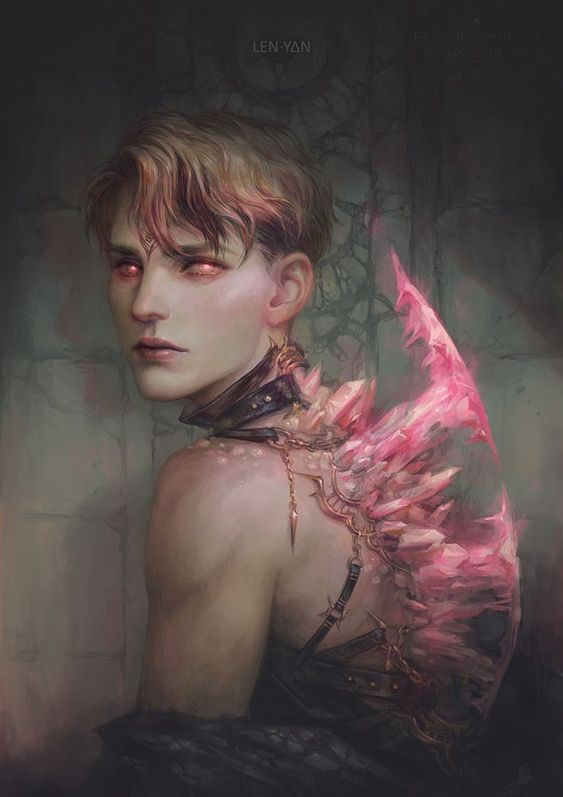 Asher was born in a small, remote village inside Nal Akima in the mountains south of Mor Illicia. His father was a sworn warrior of the aforementioned jarldom, while his mother peddled and traded what she could inside the village with a penchant for making pottery. Asher didn’t receive much in the way of education and grew up poor, living in a one room hut with his parents and younger sister.

He was something of a troublemaker, known for stealing food by the time he was 5 so he, his mother, and sister wouldn’t go hungry. At first, he was often caught and punished, sometimes brutally, given the scars that he bears. To his mother’s chagrin, he got much better at it as he grew older, going as far to steal half baked bread to finish cooking at home. Still, with an absent father and little income, the trio managed to survive, coming to appreciate when his father would return home with just enough money to keep them afloat until he returned back to Mor Illicia’s service.

He became quite scrappy, often getting into fights with the other neighborhood kids. One such incident, around the age of 14 left a permanent scar on the mayor’s son’s face, leading to a public whipping. Having not started the fight (for once,) rage filled him, and as the lash came to bare down on his back, hard, crystal formations jutted out, impaling his judicious assailant and killing him. Rather than face further recompense, Asher fled, his duress having caused his latent magical abilities to come to fruition. He killed another in his escape, discovering he could launch the crystals as if they were projectiles.

Asher headed further south, down into the Empire’s territory. There, he learned more about his magic, using it to accost travelers for their funds and as he grew older, attacked caravans for supplies. He worked his way from Innsmouth to Tenebris, finding the Ratacitori of Volkarna to be easy prey and subsequently assailing people traveling through the Ironmere province.

When he was 18, his talents were discovered by the Blackwood Company. After a brief scuffle, he joined up with them, happy to find like-minded individuals. Comfortable with the riff-raff, he had spent the past half-decade alongside their campaigns and has no interest in stopping any time soon.

Aggressive, foul-mouthed, and sometimes downright rude, Asher is always looking for a fight. He cares little about social niceties and instead thinks strength and combat should decide one’s place. The years have taught him to fall in line for his share of the spoils, but he is known to bully and antagonize his brothers and sisters into giving up their share if he thinks they’re ill-deserved. His only soft spot in pillaging are the children; he goes out of his way to protect them, as if to prevent them from becoming something akin to himself.

When it comes to combat, he is something of a baiter. He enjoys getting under someone’s skin and watching them squirm, unable to separate themselves from their emotions. He holds a special kind of contempt for Mor Illicia’s vassals and their territory and thoroughly enjoys when the Blackwood Company strikes against them. His hatred for Mor Illicia has extended to that of all nobility; if he kills one, it is cause for rejoice.

Time spent in the Blackwood Company has taught Asher to do more than simply brawl. Since displaying magical prowess, he has grown much in it, and is capable of creating, or “smithing” weaponry and armor from the crystals he can create. This crystal proves to be slightly stronger than steel and arms those Asher has a good rapport with. Additionally, more than a decade of raiding has made him quite proficient in the use of weaponry. He prefers a two-handed sword and dagger as a side arm, but he uses his magic more than anything. While he can essentially cause himself to become a crystalline porcupine and produce weapons, his touch can cause crystal to encumber an opponent or encase them. He is capable of channeling his crystalline structures through the earth as well.

His most unique skill, however, is the ability to travel through his crystalline structures. Oftentimes, this takes the form of traveling through a mirror of shorts, but he has been known to launch himself out of a shield he made for an ally in order to defend them.