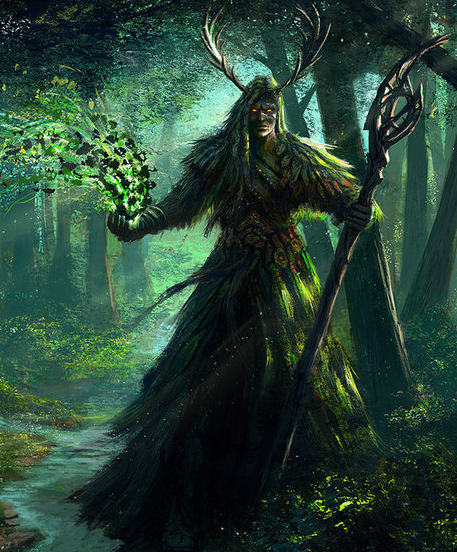 ►Archdruid of the Nohwaeder Enclave​

The longest ruling Archdruid of the Enclave of Nohwaeder Rúmil Thirvayn in the past half 700 years Rúmil was considered a prodigy in his day and is still seen as the pinnacle of the Druidic Arts. Rúmil was the youngest Elf to attain the position of Archdruid since Histor himself having been named to the leader of the Circle at the age of 67.

Formerly a powerful Shifter Rúmil was named a full Druid at the age 21 and would go on to explore the rest of Avsolom for decades. Returning at the age of 50, he was named First Druid after only 5 months and would go on to learn from the Archdruid himself for the next few years. By the time he was 57 it was said he practically ran the Enclave himself allowing his master to enjoy the last few years of his life in leisure. During his 67th year his Master had clearly lose his sanity and become a danger to himself and others so, at the Master's request during one of his lucid moments, Rúmil brought him eternal peace.

As an Archdruid he would lead the Enclave into becoming more public than his predecessor preferred. He would work closely with generations of Counts and Countesses of Zhujenka for the betterment of both the province and his own people. His leadership also saw the first expansion of the Enclave in centuries turning the declining Order into a growing organisation once more. He has also promoted any followers who wished it to go start their own Enclaves in other parts of the provinces, albeit with differing levels of success.

Privately the man had children, who in turn became druids and the latest member of his family is his beloved granddaughter Hailen Thirvayn who he personally tutored in the Druidic Arts.

Rúmil is also a seer, although he rarely speaks of his visions, however at the age of 158 he claimed to have received a vision and simply left the Enclave saying he'd return within a year. 11 months later he returned with a 9 year old Elf boy who he simply claimed he had adopted and he would allow no more questions. The boy was called Daeron Dobharchú, now a Thirvayn as much as any born into the Elven family.

He would later take Daeron Thirvayn on as one of his personal students, one of three he ever personally taught, the others being his son and granddaughter. He would later name Daeron as his successor.