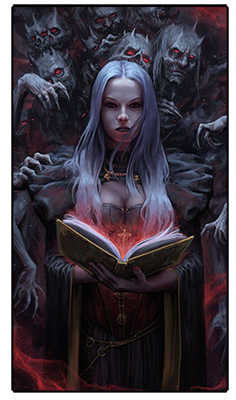 Magic is the direct result of the Myst's influence on Avsolom. Perhaps best seen as conduits, Magi are able to bring the Myst into Avsolom's reality for short stints.

A mages bloodline dictates their abilities over the Myst. Some bloodlines have the ability to summon and manipulate the very elements, some raise the dead, some heal, and some breathe life into the world around them. A complete list of bloodline abilities will likely never exist as new and unique ones surface every day.

A mage's awareness of the Myst grows in them as they age. As infants they touch it unconsciously, causing unpredictable effects via their mood swings in accordance with their needs. As they grow their awareness sharpens, and they find that by reaching into themselves they can draw out finer control.

The first mages were brought about by the surging of the Myst. It mutated them and gave them their power. Over the generations and thousands of years the ability to connect with the Myst has become more tempered and refined.

Shaped by the person who is opening themselves to the Myst, Magic takes an enormous array of forms. From the subtle crafting of deadly poisons, undetectable and sinister, to the manifestation of raw lightning and fire, magic is inherently dependent on whomever is using it. However, the great mages of old have codified magic into three major categories of magic: Academic, Battle, and Physical

They called the more esoteric uses of magic -those who speak to the Myst and seek to discover its secrets, divine knowledge, and breach the boundary between the worlds- Academic magic. It was an Academic mage who first figured out how to raise the dead.

Those who called the Myst into being as a form of raw energy: lightning, fire, and other such forces, were said to be battle mages, who's uses were direct, intent, and violent. It is said that a battle mage was the one who left the great scar in the planes of the South.

Then there are those whose power works through the real world itself, named Physical Mages. Through metal, cloth, stones, wood, or anything we take for granted, they create and manipulate these forces for their own means. Though unassuming in nature, their power is everywhere.

However, those are only the most common variations of magic. By no means is that all. Magic makes anything possible and those who channel the Myst into being shape its use. Magic is the suspension of reason and the warping of reality. It is as the person wills it to be. 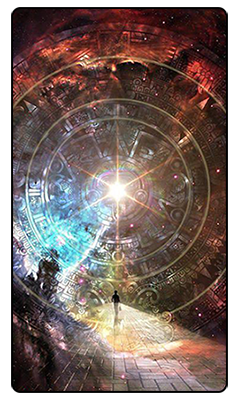 Where our world, the world of reality, reason, and life could be seen as the foundation, the Myst has grown as a parallel existence with its own nature and warped sense of reason.

One scholar said that it was best explained as an overlay to our world. In some places it seems far away, but in others you can almost touch it. It is in these places that one can truly feel what it has become. The Myst is always in flux, twisting and turning on the brink of chaos. Spirits and beings born of the elements live there, twisting bits of raw energy left over from creation given form but invisible even as they walk the mirrored plane of the real world.

The two realms have shaped one another. The effects of our world on the Myst are only truly known by those who have crossed over, but the tales and legends of those brave explorers live on. They tell of a world of chaos, fluctuating energy and strange beings who are there and not there yet walk among terrain, somehow familiar but at the same time utterly alien. Those stories are only what became legend and belief; true exploration into the Myst has only just begun.

However, while the world of the Myst realm is uncertain, the effects that the Myst has on our realm is well documented and familiar. Once, when the energies in the Myst waxed strong, they threatened the existence of the real world, and existence itself. That surge split the land into the continents known today. Vast tracts of land had been thrown far across the oceans from the epicenter where —at this event—the energies had been the strongest. The Myst surge or the Cataclysm as it has been known, breathed Magic into Avsolom.

For the first time, humans were able to touch the energy of the Myst. Able to bend the rules of reality, to suspend reason as they saw fit, and to influence the world around them, the first mages were born. It soon became apparent that not everyone was granted such ability however. Magic, or what we have come to call magic, is a fickle thing. The energies of the Myst speak to many, but not all. Only a few can feel it strongly enough to give it shape and form.

From that moment on, the mages that the Myst gave birth to, have struggled to research, understand and discover its true nature. Though few dare to push too hard, as those who delve too deeply, pull too strongly on the energy of the Myst and fall prey to it. Their minds are swept up along rivers of chaos, and their reason stolen by creatures too foreign to comprehend. Those who have gone too far serve as a reminder to all mages of the danger of the power they wield.